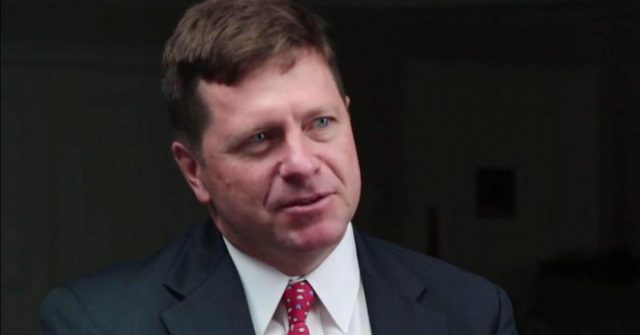 On Wednesday, the Securities and Exchange Commission voted 3-1 along party lines and approved its four-part package of regulations aimed at reforming investment advice standards for brokers and financial advisors.

Regulation Best Interest claims to go beyond the current suitability standard and requires broker-dealers to act in the best interest of their retail customers when making an investment recommendation of any securities transaction or investment.

One component included in the regulation was a conflict of interest obligation that “eliminates sales contests, sales quotas, bonuses, and non-cash compensation that are based on the sale of specific securities or specific types of securities within a limited period of time.”

The SEC also approved Form CRS to address investor confusion about the nature of their relationships with investment professionals through a standardized, short-form disclosure document.

The SEC also issued an interpretation of its views of the fiduciary duty that investment advisers owe to their clients under the Advisers Act.

Finally, the regulators issued an interpretation of the “solely incidental” prong of the broker-dealer exclusion under the Advisers Act, which is intended to more clearly delineate when a broker-dealer’s performance of advisory activities causes it to become an investment adviser within the meaning of the Advisers Act.

“I believe that the exceptional work of the SEC staff, including their careful evaluation of the feedback we received, will benefit retail investors and our markets for years to come,” said SEC Chairman Jay Clayton. “This rulemaking package will bring the legal requirements and mandated disclosures for broker-dealers and investment advisers in line with reasonable investor expectations, while simultaneously preserving retail investors’ access to a range of products and services at a reasonable cost.”

At yesterday’s hearing, Robert Jackson Jr., the Democrat commissioner and sole dissenter, voted against the rule package arguing that it “retains a muddled standard that exposes millions of Americans to the costs of conflicted advice.”

“Contrary to what Americans have heard for a generation, the commission…concludes that investment advisers are not true fiduciaries. [These] actions fail to arm Americans with the tools they need to survive the nation’s retirement crisis,” said Jackson.

“The core standard of conduct set forth in Regulation Best Interest remains far too ambiguous about a question on which there should be no confusion,” he added. “As a result, conflicts will continue to taint the advice American investors receive from brokers. Moreover, the rule relies on a weak mix of measures that are unlikely to make much difference in improving the advice ordinary Americans receive from brokers.”

Some industry groups applauded the outcome, including John Harrison, executive director of the Alternative & Direct Investment Securities Association (ADISA), who said the regulation was a “reasonable and responsible effort to foster greater investor protection while allowing for robust competition among broker-dealers and investment advisors.”

“We believe Reg. BI will encourage greater investor choice and access to a variety of investment advice that will empower all investors to pursue their retirement and savings goals,” said Harrison. “There is much work behind the scene at ADISA to help influence the final provisions of this rule as it is rolled out and we will work hard to get the needed information out to our members as they implement this standard.”

Financial Services Institute (FSI) president & CEO Dale Brown called on the states to stop issuing new broker advice rules in light of the SEC vote. States such as Nevada and New Jersey are currently working on their own fiduciary duty laws.

“Now that we have a final rule from the SEC, we strongly urge the states to refrain from creating and implementing their own best interest standards, in order to avoid creating conflicting rules and further complicating regulatory requirements,” said Brown.

Another broker advice rule proposal is expected later this year, as the Department of Labor plans to introduce a propose a new fiduciary rule in December 2019 after the previous version was vacated by the Fifth Circuit Court of Appeals last year.

Labor Secretary Alexander Acosta recently told lawmakers that the agency is working with the SEC to issue new rules to protect investors from conflicted advice. No further information was given on the content of the new rule or what it will entail.