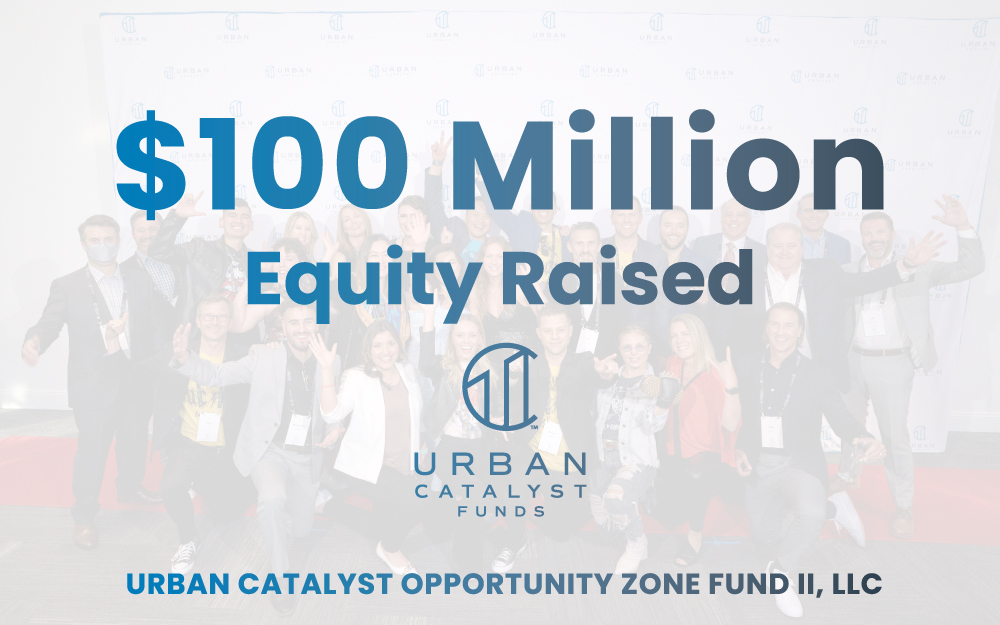 Urban Catalyst, Silicon Valley’s premier opportunity zone fund, announced that it has raised more than $100 million for its Urban Catalyst Opportunity Zone Fund II (“Fund II”) to further the construction of new ground up projects in downtown San Jose. It follows the successful closing of Urban Catalyst’s OZ Fund I in December 2020 with $131 million. Fund II is currently open to new investors.

“There are many reasons that opportunity zone funds are attractive to investors, including the potential to defer capital gains taxes, and, in our case, the chance to invest in one of the country’s most dynamic cities,” said Erik Hayden, founder of Urban Catalyst. “We’ve seen the enthusiasm for this with our first fund, and it has continued with our Fund II.”

Morgan Mackles, executive vice president of investor relations at Urban Catalyst, attributed the success of Fund II in part to the unique makeup of the partnership team that oversees it, led by experienced local developers. He noted that the fund has proven to be attractive to Bay Area residents, in particular those with recent capital gains from the sale of stock or a business, as well as investors from other states as they look to invest in one of the strongest real estate markets in the country. All of this has resulted in Fund II reaching the important $100 million milestone a full 40 percent faster than Fund I, Mackles said.

Fund II has also seen strong interest from the independent financial advisor community, according to Pisoot Senethavilay, director of strategic partnerships. “Our strategic partners in the independent broker dealer and registered investment advisor community have played a key role in helping us raise over $100 million for Fund II,” he said. “This milestone demonstrates the confidence this community has in our Fund II projects.”

San Jose has consistently been recognized as one of the country’s leading post-pandemic cities by organizations like Bloomberg News and the real estate firm JLL. It ranked #5 (out of 150) in this year’s U.S. News and World Report “Best Places to Live” survey based on factors that include good value, a strong job market, and a high quality of life.

Fund II is positioned to play an important role in the ongoing revitalization of downtown San Jose and is led by Icon and Echo, future office and residential projects just yards away from the future Bay Area Rapid Transit (BART) station and within walking distance to the city’s many amenities.

Urban Catalyst Funds  is a leading real estate equity fund manager and development company focused on ground-up projects in downtown San Jose, California. The company ranked among the top 5 percent of all tracked opportunity zone (OZ) fund sponsors as measured by capital raised as of December 31, 2021, according to the accounting and consulting firm Novogradac, and was named by Forbes to the prestigious OZ Top 20 list as one of the top OZ Funds in the country.

Urban Catalyst’s home market, San Jose, was recently named the #1 city in the U.S. for attracting innovation-oriented industries by the real estate services firm JLL and has been recognized as the #1 region in the country poised for post-pandemic recovery by Bloomberg.