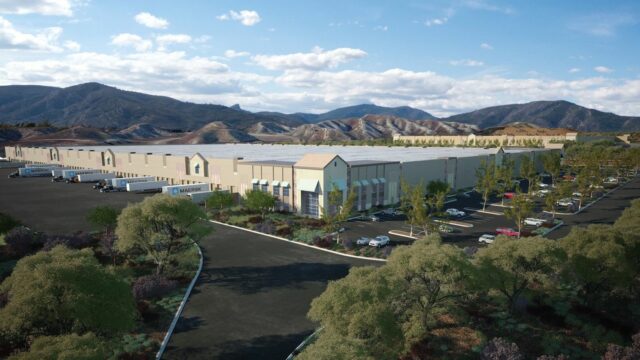 When complete, the I-10 Logistics project will include more than 1.8 million square feet of space, consisting of two industrial high-cube warehouses buildings. Building one will cover approximately 811,000 square feet, and building two will cover approximately 1 million square feet. The project will have 40-foot clear-height ceilings, 300 dock-high roll-up doors, and 519 trailer parking spots, and is designed to be eligible for LEED Silver certification.

“Located in the I-10 Corridor, this project will fill a major void in this rapidly developing trade area due to its close proximity to major transportation routes, including direct access off the I-10, the east-west transcontinental highway,” said William Shopoff, president and chief executive officer. “With online shopping only becoming more prevalent over the past year, this project should be a fantastic asset in this supply-constrained industrial market, while also bringing thousands of new jobs into the area, further stimulating the economy.”

The project site totals 240 acres, with approximately 155 acres included within the developed portion of the project, and the remaining 85 acres will be donated to the Rivers and Lands Conservancy as permanently conserved open space.