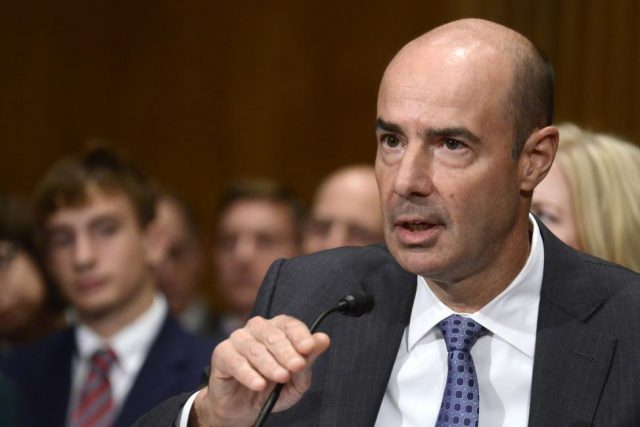 The Senate confirmed Eugene Scalia, the son of the late Supreme Court Justice Antonin Scalia, as Secretary of Labor in a 53-44 party-line vote on Thursday. Scalia is a Washington-based partner at the law firm Gibson Dunn & Crutcher.

The vote comes two days after the Senate Committee on Health, Education, Labor and Pensions approved his nomination, also along party lines.

The DOL is expected to issue a revised fiduciary rule in the coming months, although Scalia is expected to sit out of the rewrite after successfully challenging the Obama-era regulation before the Fifth Circuit Court of Appeals when he represented the U.S. Chamber of Commerce, Financial Services Institute, the Securities Industry and Financial Markets Association and other trade associations.

Financial Services Institute president and CEO Dale Brown said, “[Scalia] will bring an investor-focused, measured approach to his role leading the Department of Labor, and with his experience, be able to recognize the potential for unintended consequences of rulemaking. We look forward to working with him and the Department staff.”

Democrats and labor groups have argued that Scalia’s ties to the financial services industry and other businesses are inconsistent with representing the interests of American workers.

Senate Minority Leader Chuck Schumer (D-NY) called the nomination “a disgrace” in comments made on the Senate floor.

“President Trump has claimed to be a champion for working Americans, but he has filled our government with millionaires and CEOs and folks like Scalia who work for them, with proven records of putting corporate interests before worker interests,” said Sen. Schumer. “Do all these Republicans here oppose the Americans with Disabilities Act? Do all these Republicans oppose increasing the minimum wage? Well, if you’re against those kinds of things vote for him, but we’ve gotten a lot of doubletalk.”

Scalia has previously held several positions in the federal government and previously served as the Solicitor of Labor, the DOL’s principal legal officer.

He replaces Alexander Acosta who resigned in mid-July following public outcry over a plea deal he brokered in the Jeffrey Epstein sexual abuse scandal.