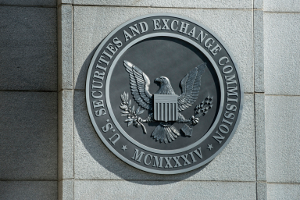 The Securities and Exchange Commission charged a Los-Angeles based investment advisory firm and its owner with fraudulently overbilling clients and stealing assets from their trusts to pay such personal expenses as his home mortgage, overseas trips, and leases on two Mercedes-Benz vehicles.

The SEC’s complaint alleges that Marc Broidy and his firm Broidy Wealth Advisors obtained more than $1.4 million in ill-gotten gains since February 2011. Broidy allegedly billed clients approximately $643,000 in excess fees and covered it up by altering the amount of management fees recorded on forms issued by brokerage firms before sending the forms to his clients.

The SEC further alleges that Broidy fraudulently obtained additional funds to pay his personal expenses by misappropriating approximately $865,000 in assets from clients’ trusts for which he was trustee.

According to the SEC’s complaint, Broidy also misled advisory clients about some investments they made in privately-held companies when he didn’t inform them he was affiliated with those companies.

“As alleged in our complaint, Broidy fell well short of his fiduciary obligations as an investment adviser by misappropriating money and failing to disclose important conflicts of interest to his clients,” said Andrew Calamari, director of the SEC’s New York regional office.

In a parallel action, the U.S. Attorney’s Office for the Eastern District of New York today announced criminal charges against Broidy and Broidy Wealth Advisors.

Broidy is not currently licensed with FINRA. In 2003, he was involved in a customer arbitration settlement while employed at Salomon Smith Barney. The customer alleged churning, unauthorized trading, unsuitability, breach of contract, breach of fiduciary duty, negligence, fraud, and violating NASD and NYSE rule, and violating federal and Pennsylvania securities laws.The customer sought $5,000 in damages, and the case was settled for $225,000. Broidy was not required to pay an individual contribution amount to the settlement.