The Securities and Exchange Commission has barred Bradley Joseph Tennison, a former Geneos Wealth Management broker who pled guilty to selling unregistered securities in a supposed religious and humanitarian project for which he served as the general manager. Tennison was sentenced to three years of supervised probation and ordered to pay restitution of nearly $8.2 million for his role in the fraud.

According to the SEC, between October 2015 through September 2016, Tennison sold nine investors unregistered securities in The Joseph Project, a purported pooled investment vehicle and private placement offering that was not approved by Geneos. Tennison served as the “general manager” of the The Joseph Project, and claimed that the investment proceeds would be used to fund religious and humanitarian project.

Tennison told investors that the funds would be invested with banks that would then use the proceeds for after-hours trading to generate returns. He claimed that the investment was “100 percent safe” and that he had invested $1 million of his own money and had been receiving 10 percent monthly returns.

Tennison was affiliated with Geneos for 12 years before being fired in April 2018 after the firm received a written complaint from a former client over a supposed Joseph Project investment. According to his BrokerCheck profile, Geneos was unable to locate any record of the investment, and Tennison had been “minimally responsive” to its requests for information, aside from claiming the client’s funds were not investment related.

Tennison’s BrokerCheck profile further reveals five customer complaints relating to The Joseph Project, of which four were settled for between $100,000 to $400,000. The fifth dispute is currently pending and customers are seeking $4.5 million in damages.

FINRA barred Tennison in July 2018 for refusing to provide testimony relating to allegations that he recommended a $300,000 investment away from his member firm, after initially cooperating with the investigation.

In January 2021, the state of Arizona revoked his securities licenses, and ordered him to pay a $75,000 penalty.

Prior to Geneos, Tennison was affiliated with Oberlin Financial and First Allied Securities. He was reportedly fired from Oberlin for submitting transaction documents directly to a product sponsor in order to purchase loaded mutual funds with annuity proceeds without his supervisor’s approval. 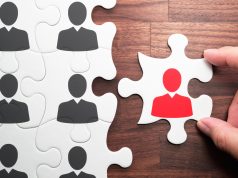