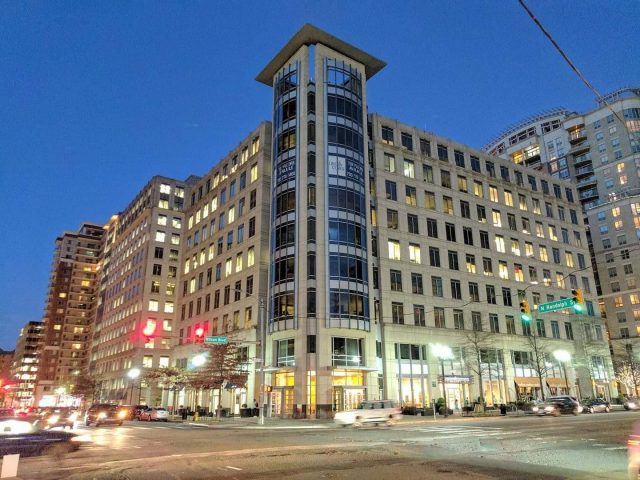 Built in 2007, Two Liberty Center is a 179,000-square foot Class A office property that was purchased through a combination of $62 million of property-level debt from Bank of America Merrill Lynch and $33.5 million of equity funded by the joint venture.

The property is located across the street from more than 500,000 square feet of new and refurbished retail and entertainment options opening throughout 2019, and is walking distance to two metro stations that connect to Washington D.C. As of August 20, 2019, the property was 95 percent occupied by 16 tenants.

Oaktree Fund Advisors LLC, the REIT’s investment adviser, said that it believes Two Liberty Center is “well situated to capitalize on the expected improved amenities and increased tenant demand” within the Ballston submarket.

“The Ballston submarket is undergoing a transformation with approximately $700 million of commercial and residential development,” the company stated in its filing with the SEC. “As part of that process, Amazon, in connection with its new HQ2, has announced it expects to create over 25,000 jobs, which is anticipated to positively impact the greater Arlington area.”

Oaktree REIT will generally control the major decisions of the joint venture and has the ability to trigger a sale of the property at any time. The REIT will have operational control, and Hines will act as the day-to-day property manager.