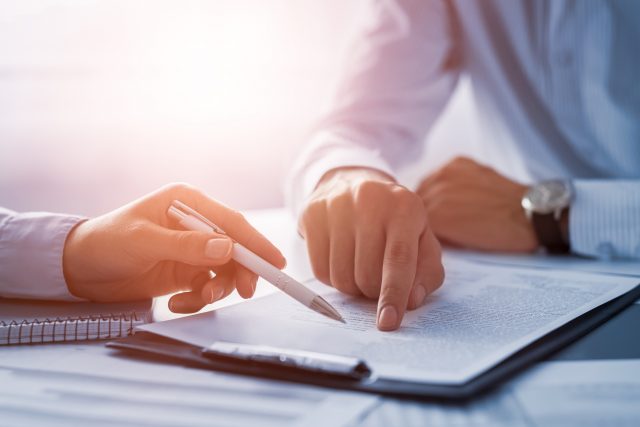 NexPoint submitted the proposal to the special committee of the Medley Capital board on January 24th, seeking consideration ahead of the February 8, 2019 special stockholder meeting on the merger transaction.

In August 2018, Sierra announced plans to acquire Medley Capital and Medley Management, with Sierra being the surviving company that would be structured as a publicly-traded BDC.

NexPoint said that a “problematic component” of the merger transaction is merging Medley Capital into a subsidiary of the surviving company.

“Both the Sierra and MCC boards of directors have fiduciary responsibilities to act in the best interest of their respective stockholders,” said NexPoint. “However, they have each separately advanced a proposed merger with MDLY that enriches and entrenches woefully underperforming MDLY management at the expense of stockholders.”

NexPoint submitted a competing proposal which, it said, “retains the merger of MCC into Sierra, eliminates the value destruction, underperformance and impediments to closing that come with the MDLY merger, and replaces MDLY and its troubling underperformance by establishing a new investment advisory agreement between the surviving company and NexPoint.”

According to NexPoint, its merger proposal offers a streamlined transaction with a high likelihood of completion. NexPoint proposes a streamlined and simplified merger of MCC into Sierra that excludes the MDLY merger. By excluding MDLY and preventing its continued management, the NexPoint merger proposal eliminates a number of issues that plague the merger transaction. NexPoint believes these issues jeopardize the likelihood that the merger transaction, as currently contemplated, would ever be consummated.

NexPoint claims that its merger proposal eliminates these issues in the following ways:

Prevents the diversion of cash to MDLY management

“By eliminating the MDLY merger, the special committees and the boards ensure that MDLY management does not profit from its underperformance at stockholders’ expense. The NexPoint merger proposal not only ensures the surviving company retains the full $125 million of cash consideration that would otherwise be directed to MDLY, but it also includes an additional $25 million cash payment to the surviving company for the benefit of stockholders.”

“Under the NexPoint merger proposal, Sierra and MCC would each receive proportionate shares in the surviving company based on their respective pre-merger net asset values, rather than having value inappropriately diverted to MDLY at a more then 100 percent premium due to MDLY’s unreasonable forecasts.”

Does not require exemptive relief from the SEC

“With the externalization of management through an investment advisory agreement with NexPoint, SEC exemptive relief under Section 12(d)(3) with respect to a controlling position in an investment adviser is no longer necessary. NexPoint believes the requested relief is conflicted and unprecedented, and therefore it is highly unlikely that such relief could be obtained under the original merger transaction.”

Removes the conflicts inherent in the MDLY merger

“The NexPoint merger proposal eliminates the conflicts of interest inherent in the MDLY merger component of the merger transaction, which rewards and entrenches underperforming management at a premium. By eliminating MDLY from the merger and instead awarding the investment advisory agreement to an investment advisor with a proven track record of outperformance, the NexPoint merger proposal prevents undue enrichment to undeserving management at the stockholders’ expense.”

“Under the NexPoint merger proposal, the surviving company would enter into an investment advisory agreement with NexPoint structured to provide reduced costs and other stockholder benefits.”

NexPoint says that these include savings to stockholders of at least $9 million annually over existing internal management fee.

“NexPoint is willing to lock in this management fee for a period of three years, with the expectation that the surviving company board would revisit the management fee determination at the conclusion of that three-year period.”

A $25 million payment from NexPoint to the surviving company

“Upon the completion and in consideration of the externalization, NexPoint would make a $25 million payment to the surviving company. This payment would inure directly to the benefit of surviving company stockholders, would represent the equivalent of a 6.1 percent increase of $0.18 on MCC’s per share market value of $2.95 and a 3.6 percent increase of $0.26 on a per share value of $7.05, and would be divided proportionally based upon the former MCC assets and the former Sierra assets.”

Purchases of at least $50 million of surviving company shares

Includes a number of stockholder benefits and seeks to mitigate any risks that the surviving company shares trade at a discount.

“The NexPoint merger proposal not only offers stockholders benefits in the form of reduced fees and cost savings, but it also deliberately seeks to reduce the risk that share of the surviving company trade at a discount following the transaction.”

a) Provides net cumulative post-merger consideration of over $225 million that inures directly to the benefit of stockholders. This is including $25 million of immediate cash and over $27 million of aggregate fee savings over at least the next three years, together with up to $50 million of stock purchases that will benefit stockholders.

c) Replaces underperforming management with NexPoint management: NexPoint claims that MDLY management “has a history of underperformance,” with MCC’s total return ranking last among all BDCs in the Wells Fargo BDC Index. Additionally, in the 12 months leading up to the announcement of the merger transaction, MCC produced a -39 percent return, which is -53 percent below the BDC average during such period. Also under MDLY management, Sierra’s total stockholder return has consistently been well below the non-traded BDC median (as of September 30, 2018).

NexPoint claims that it has demonstrated “outperformance” as a manager. The company noted that the NexPoint Strategic Opportunities Fund (NYSE: NHF), a publicly traded closed-end fund advised by NexPoint, has returned a cumulative 181 percent through September 30, 2018, while Sierra is up 28.0 percent during the same time period. In 2015, NHF completed the spin-off of NexPoint Residential Trust Inc. (NYSE: NXRT), a publicly traded REIT. Investors that held their NHF and NXRT shares through and after the spin-off have experienced a combined 263 percent return since April 17, 2012, the date Sierra commenced operations, outperforming all U.S. listed closed-end funds during that time period.

NexPoint noted that counsel to the Medley Capital special committee has not yet responded to or acknowledged receipt of its competing proposal.

NexPoint, together with its affiliates, is an alternative investment manager that operates an investment platform that serves both institutional and retail investors. In addition to high yield credit, the firm’s investment capabilities include public equities, real estate, private equity and special situations, structured credit, and sector- and region-specific verticals built around specialized teams.