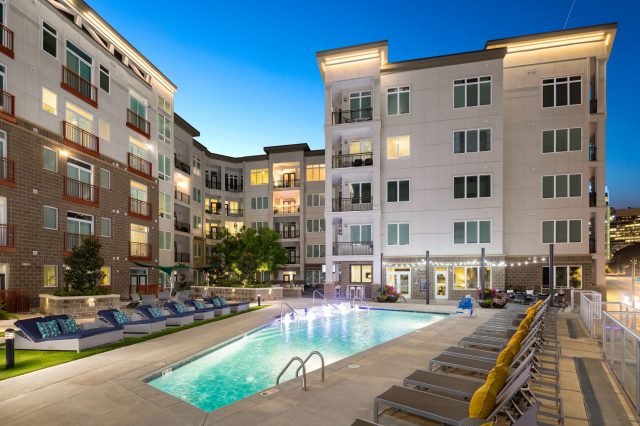 “The acquisition of Presley Uptown is another example of our apartment strategy focused on urban markets with strong demographic dynamics located near employment centers with favorable potential for growth,” said Allan Swaringen, president and chief executive officer of JLL Income Property Trust. “This investment brings our aggregate apartment allocation to over $950 million, with over 3,600 apartment units, representing 34 percent of our $2.9 billion, 75-property portfolio.”

The company noted that Charlotte has a strong economic forecast, with employment growth of nearly 3 percent a year since 2011 compared to 1.7 percent for the U.S. overall. The Uptown neighborhood’s population growth is expected to reach 3.4 percent a year within a three-mile radius of the property, surpassing the national average of 0.8 percent, the company said.

The city’s main employment center is within walking distance of the property, and include employers such as Microsoft, Bank of America, Wells Fargo, Duke Energy, Barings, Ally Bank and the city’s largest hospital campuses. The property is close to numerous retail and service amenities, including a new Whole Foods located two blocks away.

JLL Income Property Trust (NASDAQ: ZIPTAX; ZIPTMX; ZIPIAX; ZIPIMX) owns and manages a $2.5 billion portfolio of 75 office, retail, industrial and apartment properties located primarily in the United States. Since 2012, the company has raised a total of approximately $1.9 billion through its ongoing public and various private offerings, as well as its distribution reinvestment plan.