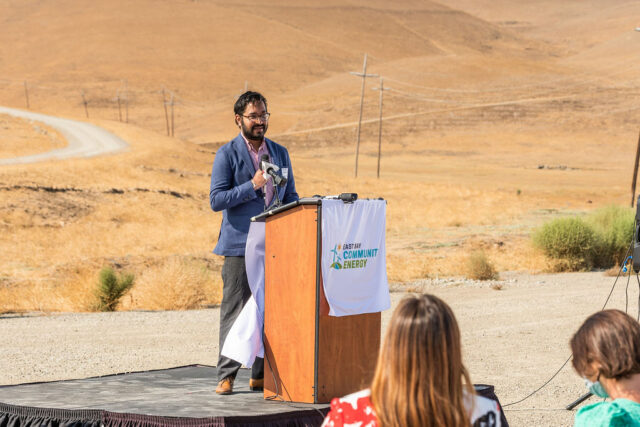 Greenbacker said that since joining the firm in June 2016, Mehta has been “essential in shaping the firm’s growth trajectory.” He began his tenure as a vice president focused on deal origination for Greenbacker Renewable Energy Company, a non-traded limited liability company that invests in renewable energy projects. At that time, its gross investment value was just over $122 million, and the clean power–generating capacity of its fleet of renewable energy assets was roughly 50 megawatts. By June 2021, the gross investment value had exceeded $1.5 billion, and the power capacity of its fleet had climbed to 2.1 gigawatts, with assets in 34 states, districts, territories, and provinces.

The firm said that Mehta has also been instrumental in helping to roll out additional investment vehicles for Greenbacker and has “contributed to the growth of the organization more broadly,” in his role on the firm’s executive committee.

Mehta is assuming the role of CIO from Charles Wheeler, who remains involved with the company’s investment decisions and overall business strategy as president of Greenbacker Capital Management and chief executive officer of Greenbacker Renewable Energy Company.

“Since joining the firm five years ago, Mehul’s service and contributions to Greenbacker have been key ingredients in our success,” said Wheeler. “His proven track record of insightful investment decisions has propelled [Greenbacker Renewable Energy Company] through a period of substantial growth, helping us attain new heights and reach significant milestones. With Mehul’s steady leadership, sound judgement, and broad market expertise, the future of Greenbacker is a very bright one.”

Prior to joining Greenbacker, Mehta was part of global renewable power team at BlackRock, where he structured and executed investments in the North American renewables space. Prior experience in sustainable infrastructure investment also includes UBS, Recurrent Energy, and Bank of America Merrill Lynch, where he began his career as an electricity and natural gas options trader. He graduated from NYU with a bachelor’s degree in mathematics and economics and received his MBA from the Yale School of Management.