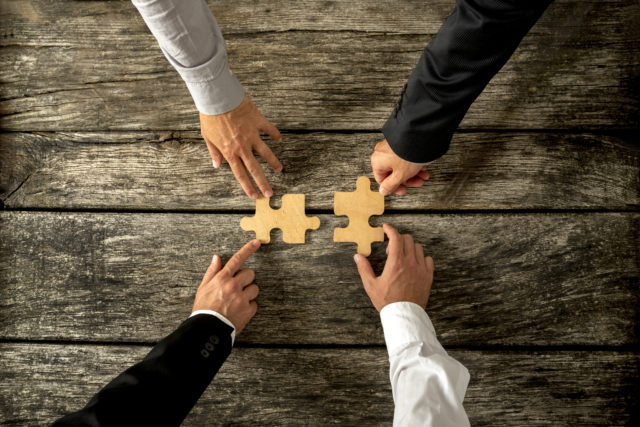 The combined entity, which is named FS KKR Capital Corp. II (FSK II), becomes the second largest BDC with more than $9.5 billion in assets and 210 portfolio companies across 21 industries, as of September 30, 2019.

“As we explained in June when we announced our intention to merge these BDCs, we believe the scale, diversification, operating efficiencies and capital structure flexibility of the combined entity will drive shareholder value,” said Michael Forman, chairman and CEO of FSK II.

The company also noted that the mergers are expected to reduce annual operating expenses through the elimination of duplicative legal, administrative, printing and other expenses.

Prior to listing on the NYSE, FSK II plans to issue 5.50 percent perpetual preferred shares equivalent to approximately 20 percent of FSK II’s NAV, pro rata to all holders of FSK II common stock.

FSK II’s board anticipates paying quarterly distributions on the company’s common stock, with the first distribution expected to be declared in March 2020 and paid in early April 2020.

FSK II invests primarily in the senior secured debt and, to a lesser extent, the subordinated debt of private middle market companies.