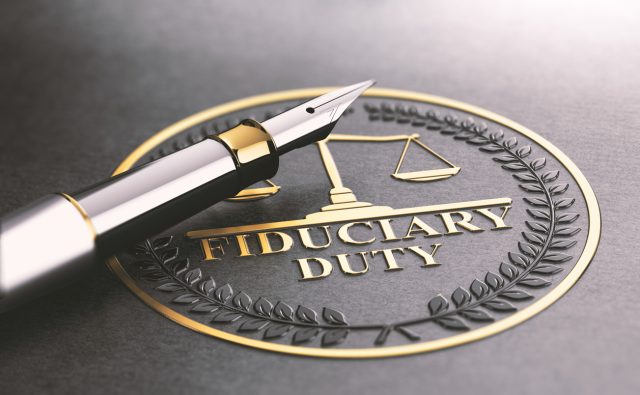 The U.S. Department of Labor has released a new proposed class exemption that would allow investment advice fiduciaries to receive compensation for their advice. The DOL said that the proposal will be published in the Federal Register for notice and comment in the near future.

The prohibited transaction provisions of ERISA and the Internal Revenue Code generally prohibit fiduciaries with respect to employee benefit plans and individual retirement accounts and annuities from engaging in self-dealing and receiving compensation from third parties. The provisions also prohibit purchasing and selling investments when the fiduciaries are acting on behalf of their own accounts.

The DOL’s proposed exemption would allow investment advice fiduciaries to receive compensation, including as a result of advice to roll over assets from an employee benefit plan to an IRA, and to engage in principal transactions, that would otherwise violate the prohibited transaction provisions of ERISA and the Internal Revenue Code.

companies, and their employees, agents, and representatives that are investment advice fiduciaries.

The DOL also claims that the exemption would include protective conditions designed to safeguard the interests of employee benefit plans, participants and beneficiaries, and IRA owners. The new class exemption would affect participants and beneficiaries of employee benefit plans, IRA owners, and fiduciaries.

The DOL indicated that the proposed exemption is based on an existing temporary policy adopted after the Fifth Circuit Court of Appeals vacated the 2016 fiduciary rule package.

The DOL claims that its proposal will align with standards of other regulators, including the SEC, whose broker advice rule Regulation Best Interest went into effect today.

The Labor Department is also amending the Code of Federal Regulations to implement the Fifth Circuit’s order that effectively reinstated the DOL’s 1975 regulation defining who is an investment advice fiduciary by using the “five-part test.”

“Today’s proposed exemption would give Americans more choices for investment advice arrangements, while protecting the retirement savings of American workers,” said Labor Secretary Eugene Scalia. “The exemption would add to the tools individuals need to make the right decisions for their financial future.”

“The proposed exemption would be broadly available to investment advice fiduciaries who adhere to a best interest standard and plainly inform retirement investors that they are acting as fiduciaries when making investment recommendations,” said Jeanne Klinefelter Wilson, Acting Assistant Secretary of Labor for the Employee Benefits Security Administration. “The proposed exemption would authorize a wide range of investment advice models and relationships, consistent with the fundamental goal of ensuring that workers and retirees receive investment advice that is in their best interest.”

The original DOL fiduciary rule broadened the definition of investment advice fiduciary under the Employee Retirement Income Security Act of 1974 and sought to eliminate conflicted retirement investment advice by placing certain restrictions on commission-based product recommendations. After surviving multiple federal lawsuits, the Obama-era regulation was vacated in its entirety in a 2-1 split decision in March 2018, ruling that the DOL overstepped its authority in the investment advice arena.

Labor Secretary Scalia represented the U.S. Chamber of Commerce, Financial Services Institute, and other trade associations in the lawsuit that overturned the rule while in private practice as an attorney with Gibson Dunn & Crutcher, prior to being appointed head of the Labor Department.