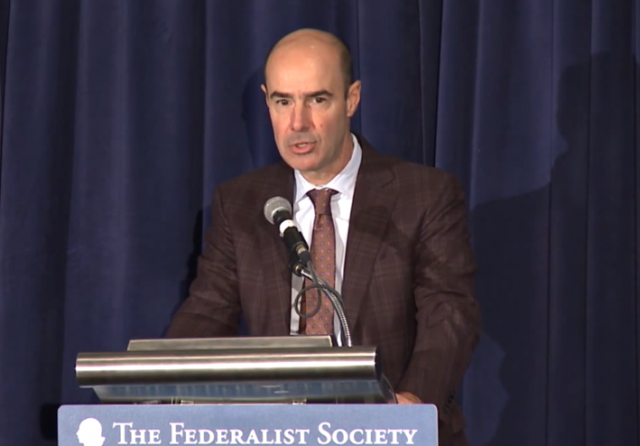 President Donald Trump announced his intent on Tuesday to nominate Eugene Scalia as the Secretary of Labor, replacing Alexander Acosta who resigned in mid-July 12 following public criticism over his handling of the Jeffrey Epstein sex trafficking case.

Scalia, a partner at Gibson, Dunn & Crutcher LLP, is a labor, employment, and regulatory lawyer and the son of late Supreme Court Justice Antonin Scalia.

He famously represented the U.S. Chamber of Commerce, the Securities Industry and Financial Markets Association and other trade associations before the Fifth Circuit Court of Appeals in the case that vacated the Department of Labor’s fiduciary rule.

Last month, President Trump tweeted, “I am pleased to announce that it is my intention to nominate Gene Scalia as the new Secretary of Labor. Gene has led a life of great success in the legal and labor field and is highly respected not only as a lawyer, but as a lawyer with great experience working with labor and everyone else. He will be a great member of an administration that has done more in the first 2 ½ years than perhaps any administration in history!”

Scalia has previously held several positions in the Federal Government. In the mid-to-late 1980s, he was a speechwriter to Secretary of Education William Bennett and later served as a special assistant to Attorney General William Barr.

In 2001, Scalia joined the Department of Labor as Solicitor of Labor, the agency’s principal legal officer with responsibility on a range of regulatory and enforcement matters.

He is a senior fellow of the Administrative Conference of the United States, a federal agency that makes recommendations to Congress and the executive branch on ways to improve agency procedures.