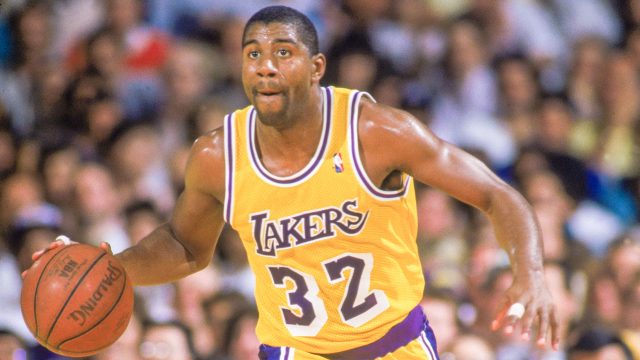 “Magic Johnson is one of the greatest basketball players of all time, yet so much more,” said John Harrison, executive director of ADISA. “An incredibly accomplished entrepreneur, investor and inspirational leader, he is a true icon who has an incredible story to share with our members and guests.”

Johnson is currently the president of basketball operations of the Los Angeles Lakers, where he played in the point guard position from 1979 to 1991.

Among his NBA honors and accomplishments, Johnson was a five-time NBA champion, three-time Most Valuable Player, 12-time All-Star, and two-time All-Star Game MVP.

In 1992 he was co-captain of the undefeated United States men’s Olympic basketball team. Considered by many the greatest sports team ever assembled, the “Dream Team” also featured Michael Jordan, Larry Bird, Charles Barkley, Karl Malone and several other NBA legends. The Dream Team defeated its opponents by an average of 44 points en route to the gold medal.

Johnson currently has controlling interests in EquiTrust, a $14 billion financial services company, ASPiRE, an African-American television network, and SodexoMAGIC, a food service and facilities management company. He is investing millions of dollars into infrastructure improvement in the United States and is the leading investor in several minority-owned technology companies.

ADISA noted that its 2018 Annual Conference & Trade Show is expected to draw approximately 1,000 attendees to Las Vegas for three days of networking and education in the alternative and direct investment industry.

The event draws industry professionals who sponsor, analyze, market, distribute or sell alternative investments, and provides a platform for product and company education, legislative and regulatory updates, sponsor due diligence and more.

Many educational sessions will qualify for continuing education credits. Nearly 80 event exhibitors will showcase their business at the conference.