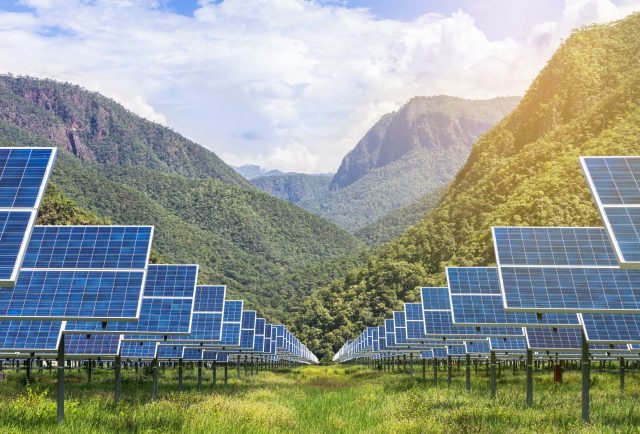 The Fillinona project is located on four separate sites across Minnesota. Two of the sites, Stockton and Fountain, will have “pollinator-friendly” vegetation planted beneath the solar panel arrays, to help support declining pollinator populations, Greenbacker said. The other two sites, Hazel (near Lanesboro) and Rushford Village, will be planted to provide grazing for nearby farmers’ sheep.

The company noted that land for the project is leased from local farm families and towns, generating income for the landowners over the project’s life. Two of the sites are also part of an agreement to sell renewable energy credits to Stonyfield Organic, an organic yogurt manufacturer, which has committed to having its dairy supply chain run on 100 percent renewable electricity by 2025.

Fillinona is slated to reach commercial operation in the fourth quarter of 2021, producing power for Fillmore and Winona counties in southeastern Minnesota. Each of the four sites have the same long-term power purchase agreement with MiEnergy, a rural electric cooperative.

The project was developed and constructed by OneEnergy, a developer of community and utility-scale solar projects, and represents Greenbacker’s largest direct partnership with the company.

In other company news, Greenbacker recently purchased a 15-project solar portfolio from NextSun Energy, as reported by The DI Wire last week.

Greenbacker’s sustainable infrastructure projects comprises approximately 2.2 gigawatts of generating capacity (this includes both Fillinona and assets that are to be constructed). The company claims that since 2016, its real assets have generated 3.0 million megawatt-hours of clean energy, abating 2.1 million metric tons of carbon, and support 2,700 green jobs.