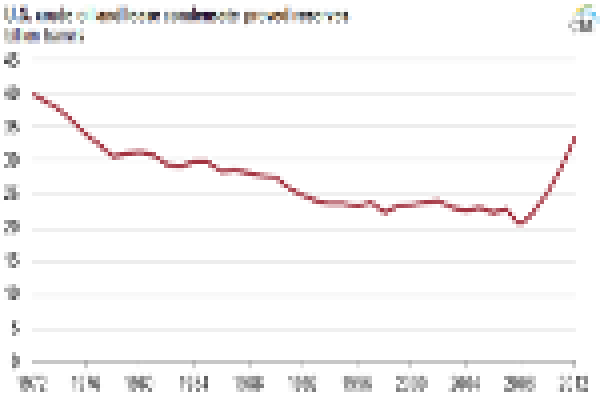 To see a map provided by the EIA that details the increases by region, click here.

Proved reserves are defined as volumes of oil that are deemed to be recoverable based on geological and engineering data from known reservoirs.

Advanced drilling techniques such as hydraulic fracturing have allowed access to tight oil plays which accounted for 22% of the 2012 totals of proved reserves.

Development of the Permian and Western Gulf basins in Texas and the Bakken and Three Forks formations of the Williston basin in North Dakota contributed to each state’s rise in reserves.

Several oil and gas sponsors including Atlas Resources, LLC, Aztec Oil and Gas, and King Consolidated, are active in Texas.

Reef Oil and Gas, Coachmen Energy, and Bradford Exploration have interests in the Williston basin.