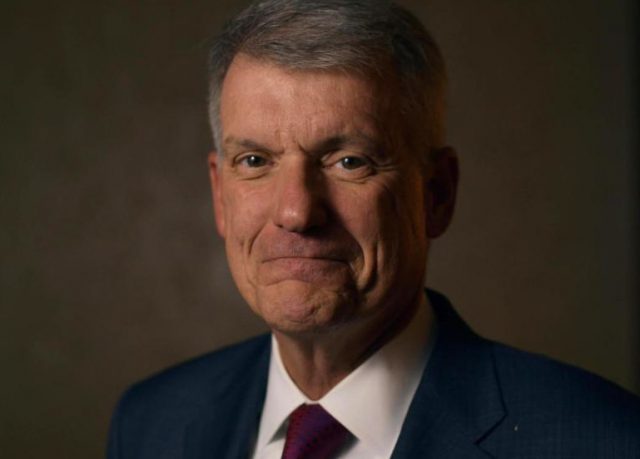 The bank has struggled to recover in recent years as numerous scandals came to light, most recently, the 2016 revelation that bank employees opened millions of accounts without customer approval in order to meet sales goals.

Sloan, who served 31 years at the bank, took the helm as CEO in October 2016 after the account scandal erupted in the media and former CEO John Stumpf stepped down amid the public blowback.

“In my time as CEO, I have focused on leading a process to address past issues and to rebuild trust for the future,” said Sloan. “We have made progress in many areas and, while there remains more work to be done, I am confident in our leadership team and optimistic about the future of Wells Fargo. However, it has become apparent to me that our ability to successfully move Wells Fargo forward from here will benefit from a new CEO and fresh perspectives. For this reason, I have decided it is best for the company that I step aside and devote my efforts to supporting an effective transition.”

Wells Fargo general counsel C. Allen Parker will serve as interim CEO and president, and member of the board, while the board conducts an external search for Sloan’s replacement. Parker has served as senior executive vice president and general counsel at Wells Fargo since March 2017 and was previously a presiding partner at the law firm Cravath, Swaine & Moore.

The firm acknowledged opening millions of deposit, credit card, and other accounts, and conducting transfers of funds without customer authorization over various periods from 2002 through 2017.

The bank opened more than 3.5 million unauthorized accounts and enrolled 528,000 customers in online bill pay based on improper sales practices, and also enrolled some consumers in renter and life-insurance policies that the consumer never authorized.

From 2005 to 2016, Wells Fargo also added collateral protection insurance or delayed cancellation of such insurance on millions of auto loans. Wells Fargo has been engaged with its federal regulators to address these issues and is remediating affected customers.

Sloan will officially retire from the company on June 30, 2019, the company said in a statement.

Wells Fargo is a financial services company with $1.9 trillion in assets. Founded in 1852 and headquartered in San Francisco, the firm provides banking, investment and mortgage products and services, as well as consumer and commercial finance.