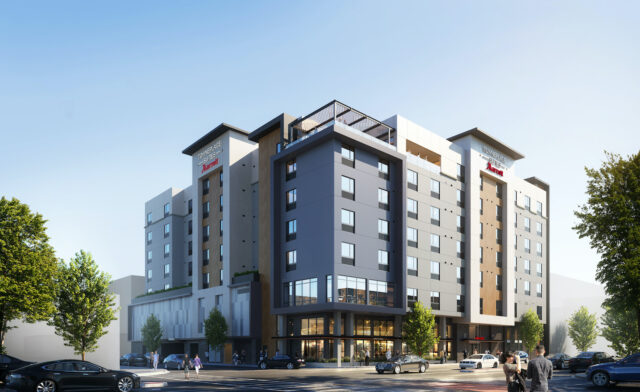 Located at 491 W. San Carlos Street, the extended-stay Marriott TownePlace Suites business hotel will be a short walk from Google’s Downtown West mega-campus. The eight-story, 175-suite hotel will be 185,000 square feet with on-site parking. Every room will have a kitchen, and the average stay for guests is expected to be 15 nights, the company said.

“We recognized the need for additional extended-stay lodging in the area given the expansion of Silicon Valley technology companies, along with new businesses—even with the pandemic,” said Josh Burroughs, partner and chief operating officer at Urban Catalyst. “This hotel is in a prime location—just steps away from Adobe’s expanded headquarters and Google’s recently approved mega-campus.”

The hotel is among six ground-up projects in Urban Catalyst’s first opportunity zone fund, Urban Catalyst Opportunity Fund I, which closed in December 2020 after raising $131 million.

“As the only extended-stay option in the core of downtown San Jose, this hotel–neighboring Google’s mega-campus and adjacent to the SAP Arena and the Diridon Station–will be a tremendous asset to the city,” said Erik Hayden, founder and chief executive officer of Urban Catalyst.

The hotel is expected to be completed in 2023. The project was designed by BDE Architecture in coordination with local architect Studio Current.

Urban Catalyst Opportunity Zone Fund II is open to investors and seeks to raise $200 million, according to a filing with the Securities and Exchange Commission. Proceeds will be used to build office and multifamily projects in downtown San Jose.