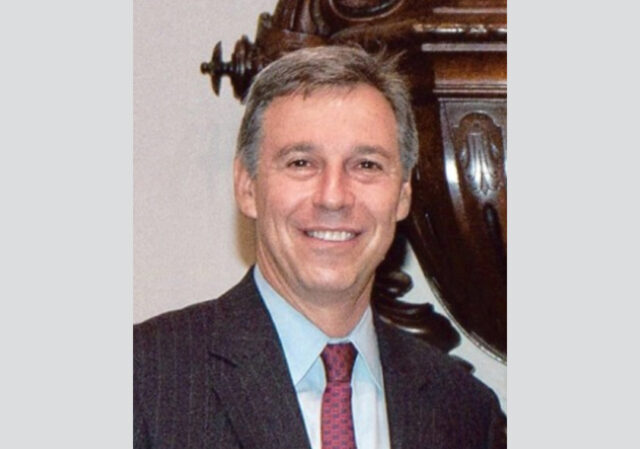 The year-end is now knocking on our doorsteps. Most advisors will continue working with clients reviewing their investments, re-balancing their portfolios, and implementing year-end strategies till the end of business on December 31. There is a lot to talk about. The pandemic, vaccinations, inflation, climate change, the cost of goods and services, potential tax law changes and switching to renewable energy to name some of the hot topics. Debating issues is for the family gatherings.

Financial advisors and clients are discussing and planning the next steps to take for clients. They are looking for ways to balance risk with reward from income, growth and tax saving opportunities. This objective never changes.

It has been well documented that President Biden has an agenda that does not favor the fossil fuel industry. His first executive order as president was to kill the Keystone Pipeline and then restrict drilling and leasing on federal land. The desired goal is to transition away from the fossil fuel industry and replace it with renewable energy over time. Replacing oil and gas with renewable energy is just not feasible. Renewable energy certainly will be more available and utilized but as a supplement not a replacement for oil and gas. Consider that fossil fuels are expected to account for at least 78 percent of global energy needs through 2040. Gasoline represents 45 percent of US petroleum consumption. If all vehicles become electric, we still need oil where it is used in the production of so many everyday items.

Then there was the talk to ban fracking and to eliminate energy subsidies. The so-called subsidies of expensing the intangible drilling cost deduction and the depletion allowance have been part of the tax law for over 100 years. Lodged in the Revenue Act of 1913 were federal tax incentives for oil and natural gas development, from exploration to production. A statute passed three years later ensured drillers could expense “intangible drilling costs,” such as those incurred when a company decides to develop a new well. The deduction was justified because lawmakers said it would attract investments in US production.

Tax incentives increased during the 1920s. In 1926, Congress passed the oil depletion allowance, allowing producers to deduct more than a quarter of their gross revenues. To repeal or keep this deduction has been debated for decades by different administrations. The argument made in 1926 that the provisions attract investments in US production was also made by President Eisenhower in 1957 where he commented that “there must certainly be an incentive in this country if we are going to continue the exploration for gas and oil that is so important to our economy.” And here we are at the end of 2021. It appears that once again proposed tax reform this time intended to pay for the infrastructure bill has no mention of changing the current provisions relating to the intangible drilling cost deduction and the depletion allowance.

What we have seen for years now is insufficient capital investment for the energy sector. This has drastically set back US oil and gas production which can’t keep pace with demand and is a major reason why commodity prices have risen over the last year. According to many analysts, oil prices for example, should remain at price points that exceed a well’s break-even price. This should bode well for those making direct investments in oil wells.

While a program’s economics should today be viewed quite favorable the tax benefits that complement the economics are also essential to understand and consider especially at year end. There is more to the tax savings opportunities provided by an oil and gas drilling program than people realize.

Advisors that recommend such programs for their accredited clients know that the investment can provide a significant deduction that offsets ordinary income right up until the end of the year. Often advisors will recommend an oil and gas investment for those converting a traditional IRA to a Roth IRA to offset the phantom income resulting from the conversion. Further examples are that the tax liability resulting from wages, self-employment income, pension distributions, and capital gains can be reduced by an oil and gas drilling program.

Since the enactment of the Tax Cuts and Jobs Act (TCJA) in September of 2017, advisors use an oil and gas investment to replace lost state and local tax (SALT) deductions that are limited to $10,000. This is especially painful in higher income tax states or states with high property taxes (I know I live in one of them). The oil and gas deduction derived from the pass-through of intangible drilling costs is an “above the line” deduction. It does not matter if the client takes the standard deduction or itemizes deductions, which is very restrictive as to what can be deducted. A drilling program’s pass through of intangible drilling can only benefit a client that is looking to make up for lost deductions.

Most investments made into a drilling program are made as a general partner. However, those with passive income can invest as a limited partner, and now the pass-through of the intangible drilling costs will be characterized as a passive loss that can be used to offset passive income. A lost planning opportunity is with closely held C corporations. These corporations have more than fifty percent ownership by five or fewer shareholders. The business can invest in the drilling program as a limited partner and offset their business income. Just be sure the entity is on a calendar, not a fiscal year for tax reporting purposes.

Lastly, there is one more estimated tax payment due January 18, 2022. An investment into an oil and gas program can help reduce that payment. The good news is a direct investment can still be made into a drilling program until December 31 that will save an accredited client taxes for 2021 and generate long-term partially sheltered distributions.

Mr. Hollander currently is Executive Vice President with APX Energy, LLC. Over the course of his 30 plus year career he has been involved in the development, management and fund raising of alternative and tax advantage investment programs. He has worked extensively with financial advisors and CPA’s all over the United States to strategically position oil and gas and real estate investments which raised over $3 billion of capital.

Mr. Hollander began his career in financial services in 1982. He received a law degree from Brooklyn Law School in 1981 and a Master of Law degree in Taxation from New York University School of Law in 1982. Mr. Hollander is a member of the New York State bar. He is a member of a FINRA test writing committee and was the Chairman of the Investment Program Association now the Institute for Portfolio Alternatives, which is an industry association, from March 2005 to November 2011.