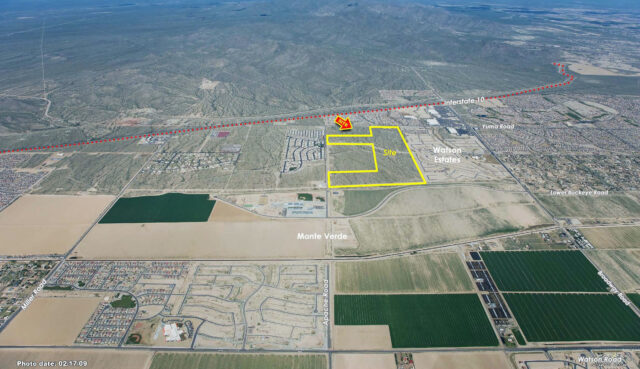 Shopoff Realty Investments, a private placement sponsor and manager of opportunistic and value-add real estate investments, has sold the third and final phase of Desert Moon Estates in the Phoenix suburb of Buckeye, Arizona, including 229 single-family lots. The land was purchased by Forestar (USA) Real Estate Group for approximately $4.6 million.

Shopoff originally purchased the Desert Moon Estates property in July 2009 for $3 million, with a plan to hold the property during market recovery from the great recession. All three phases, totaling 739 lots across 200 acres, were sold to Forestar in three separate transactions between October 2019 and July 2021 for a combined $14.8 million, or $20,000 per lot. Forestar plans to develop the site into for-sale single-family homes.

“Providing new home sites in today’s supply-constrained market is critical to overcoming the national housing shortage,” William Shopoff, president and chief executive officer. “We are proud to have been able to deliver more than 700 new home lots to Forestar, who create a quality product for future residents.”

During the hold period, Shopoff reportedly re-engineered the site to provide “improved lot segmentation and to reduce costs to finish the lots with value engineering.”

Located in the western-most suburb of the Phoenix metropolitan area, Shopoff noted that Buckeye has seen a variety of suburban development over the past 20 years, with new single-family subdivisions, a new high school to the south, and several suburban shopping centers nearby.