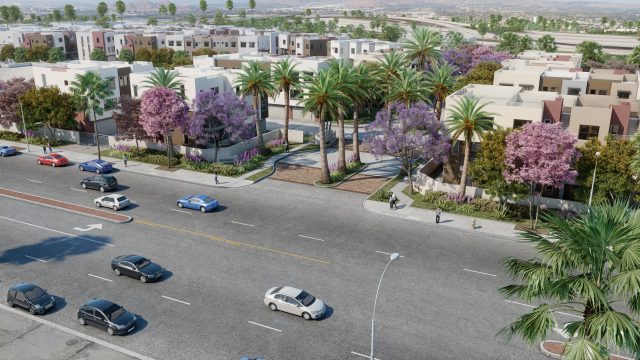 Located on W. Lincoln Avenue, the project will involve demolishing an existing industrial building on the property and re-entitling it from commercial and industrial use. The firm previously received project approval from the Anaheim Planning Commission in April 2020, at the city’s first “remote” hearing.

Lincoln At Loara will comprise 27 three-story buildings with two- and three-bedroom homes ranging from approximately 1,400 to 1,800 square feet. The future gated community will have open space amenities such as a community recreation area and pool, pocket parks, lounge areas and a dog park.

“This will be Shopoff’s fourth land development opportunity in the city of Anaheim, and we are pleased to be able to bring another fantastic project through the entitlement stage,” said Shopoff Realty Investments president and chief executive officer, William Shopoff. “Working with the City of Anaheim has been a wonderful experience, as they are focused on providing residents additional quality housing options in this supply constrained area.”

In 2019, Shopoff agreed to purchase two parcels of land from a private landowner. During discussions with Anaheim officials, the firm was able to add two additional parcels that were owned by the city to create a 7-acre site and space for 24 additional townhomes.

“This size of an assemblage of land in an urban setting is almost unheard of in the City of Anaheim, and even in the County of Orange,” said Brian Rupp, Shopoff’s executive vice president of development. “The future townhome community will be very well-positioned to meet the design and price point needs of many Orange County home buyers, making it a great addition to the city.”

The property is located less than two miles from Downtown Anaheim, the Anaheim Packing District, and Disneyland.