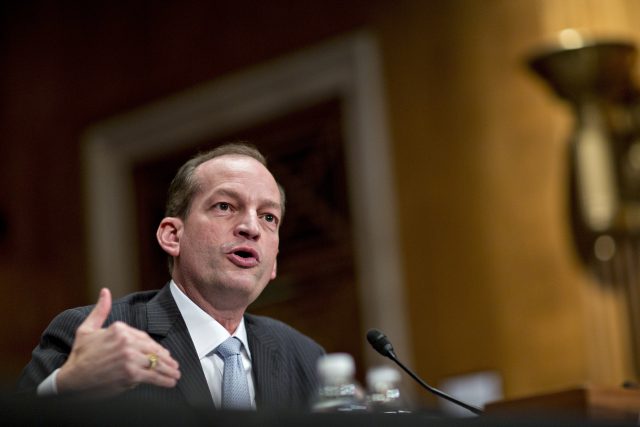 Labor Secretary Alexander Acosta told the House Education and Labor Committee on Wednesday that the Department of Labor is planning to revive its fiduciary rule that was struck down in the Fifth Circuit Court of Appeals last March.

In a heated exchange with Rep. Marcia Fudge (D-Ohio), Secretary Acosta told the lawmaker that the agency is working with the SEC to issue new rules to protect investors from conflicted advice.

“For far too long, certain, not all, retirement advisors have put their interest above their clients. Workers across this country are demanding a higher standard of care,” said Rep. Fudge. “They deserve peace of mind when planning for their retirement. The Department of Labor owes it to the workers of America to fully implement current rules and regulations put in place to ensure that they receive unbiased and fair advice. What is your plan to protect these workers?”

Acosta replied, “Like all industries, the investment industry has some bad actors and individuals need to be protected…The Department of Labor is working with the SEC; the SEC was asked by Congress to come up with appropriate responses to protect these individuals We are communicating with them and based on our collaborative work, we will be issuing new rules in this area.”

When pressed for a timeline for the new set of rules, Acosta said that “the SEC is in the process of producing those rules. We’re working with an independent agency.”

As reported by The DI Wire late last year, the DOL hinted that it would be introducing a revised final rule in September 2019.

According to a filing on the Office of Information and Regulatory Affairs website, “the DOL is considering regulatory options in light of the Fifth Circuit opinion.”

No further information was given on the content of the new rule or what it will entail, however, the SEC’s broker advice rule, dubbed Regulation Best Interest, has the same September 2019 deadline, according to its regulatory agenda website.