The Securities and Exchange Commission charged a 35-year-old Kentucky man, Jared Gabriel Forrester, for his alleged role in the fraudulent offering and sale of at least $15 million of securities to more than 150 investors.

The SEC’s complaint alleges that Forrester was installed as a figurehead to run Tennessee-based Tennstar Energy Group, Inc., formerly known as Black Gold Resources, Inc. He misled investors by failing to disclose that two convicted felons actually ran the company.

Despite Forrester having no background in oil drilling or production, Tennstar’s website allegedly described him as having “an immense knowledgebase in oil and gas development and how to effectively maximize profits.” Furthermore, Tennstar’s offering materials also allegedly claimed that Forrester “had a multitude of roles within the petroleum industry over the years.”

The complaint shows that Forrester told one Tennstar investor that he had “worked his way up through the oil fields” and had been in the industry during his “whole adult life.” However, Forrester’s work history mainly consisted of hotel jobs and retail furniture sales positions as well as a stint as a stock broker trainee.

Last year, the SEC charged David Greenlee and David Stewart, the two ringleaders behind the oil investment scheme for raising millions from investors, in addition to telling participants that the funds would be used to acquire interests in oil well leases and recover oil from the wells.

Instead, they steered most of the money into advertising, sales commissions, or misappropriated the money for personal use. Beyond the misstatements about his own experience, Forrester assisted Greenlee and Stewart with the overall operation of the fraudulent scheme. For example, he incorporated the company at their request, made improper payments to Tennstar sales teams, and sent investor funds to bank accounts controlled by Greenlee and Stewart.

Without admitting or denying the allegations in the SEC’s complaint, Forrester consented to the entry of a final judgment that permanently enjoins him from future violations of the antifraud provisions of Section 17(a) of the Securities Act of 1933, as well as Section 10(b) of the Securities Exchange Act of 1934 and Rule 10b-5. It also orders him to pay disgorgement plus interest and civil penalties in amounts to be determined by the court upon motion of the Commission.

The SEC’s investigation was conducted by Brian M. Basinger, Stephen E. Donahue, and Edward G. Sullivan of the Atlanta office. The SEC received the assistance of the U.S. Attorney’s Office for the Southern District of Georgia and the U.S. Secret Service. 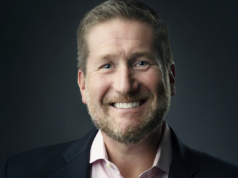