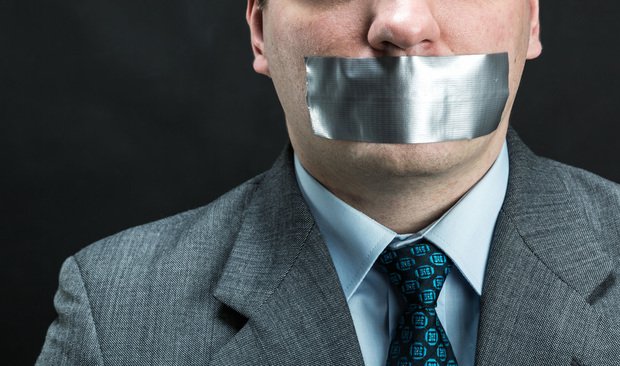 U.S. District Judge Ronnie Abrams blasted the Securities and Exchange Commission’s policy that routinely requires defendants that agree to “no admit, no deny” settlements be barred from ever publicly denying the allegations, calling the policy an unfair restraint on speech.

The standard practice has been a part of SEC settlements since 1972 and upheld in courts despite criticism from former defendants, the Cato Institute, a petition that received support from Elon Musk and various other groups, as well as a frequent anonymous guest contributor to The DI Wire.

“What is the SEC so afraid of? Any criticism, apparently—or, rather, anything that may even ‘create the impression’ of criticism—of that governmental agency,” said Judge Abrams.

However, following a ruling last year by the 2nd U.S. Circuit Court of Appeals which said the practice was not unconstitutional, the judge approved of a settlement with a no-deny clause.

“But the fact that defendants may waive their First Amendment rights does not mean that the government should be in the business of demanding that they do so,” she said.

The policy has continued to be defended by the SEC, which preserves the practice by offering that defendants may challenge allegations in court rather than settling.

“Perhaps most concerning, the federal judiciary is made complicit in this practice — normalizing lifetime gag orders in the process,” said Judge Abrams. “Courts are called upon to turn a blind eye to First Amendment rights being used as a bargaining chip, to endorse consent decrees, giving no-admit, no-deny provisions the imprimatur of judicial sanction, and to enforce them should defendants ever step out of line. This is troubling indeed.”

The strongly worded consent order stems from charges filed by the SEC against Charles Rustin “Rusty” Holzer, a former broker who now manages a New York-based family investment office, and Fernando Moraes, the chief operating officer of that family office.

The SEC’s complaints allege that Holzer and Moraes traded in options of Dun & Bradstreet Corp. (NYSE: DNB), based on material nonpublic information ahead of the company’s Aug. 8, 2018, announcement that it had agreed to be acquired by a private investor group at a price of $145 per share pursuant to an offer made approximately a month earlier. The SEC further alleges that Holzer and Moraes tipped two other traders who also traded ahead of the announcement.

According to the SEC’s complaints, about a week before the announcement, Holzer was approached by an investment adviser to discuss a pooled investment opportunity on a “no names” basis, pending execution of a non-disclosure agreement. The SEC alleges that, once the non-disclosure agreement was signed, the adviser sent Holzer and Moraes a 109-page investment presentation that described the proposed transaction, including identifying DNB as the acquisition target, $145 per share as the purchase price (a 15% premium to market), the anticipated date of the public announcement around Aug. 9, 2018, and other material nonpublic information.

According to the SEC’s complaints, the NDA required Holzer and all employees of his family office to keep confidential all information about DNB and the proposed transaction and to use it solely for the purpose of evaluating the pooled investment opportunity.

Instead, the SEC alleges, Holzer and Moraes used the information to trade in DNB options ahead of the announcement, making profits of $96,091 and $8,842. The SEC also alleges that Holzer tipped his cousin who received $672,000 in trading profits and Moraes tipped a business associate who made $65,332 in trading profits.

Holzer and Moraes, without admitting or denying the allegations, consented to the entry of final judgements against them, which were subsequently approved by Judge Abrams.

Similar to criticism by two judges on the 5th U.S Circuit Court of Appeals, Judge Abrams wrote in her consent to the agreement that requiring “gag orders” clashed with the constitutional protection of free speech and was “troubling.”

Earlier this year, the U.S. Supreme Court refused to hear an appeal by former Xerox executive Barry Romeril, who had challenged the constitutionality of the SEC gag orders in federal court.