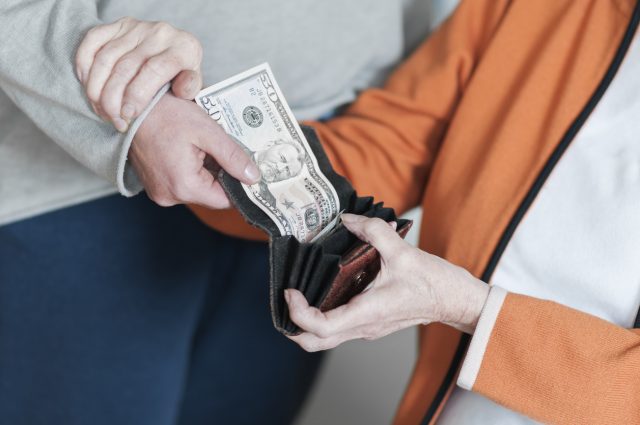 The Securities and Exchange Commission has filed charges against two former Morgan Stanley investment advisers for allegedly defrauding multiple clients and other breaches of their fiduciary duty.

The SEC alleges that James Polese and Cornelius Peterson engaged in various schemes to defraud their clients, including stealing nearly $450,000 from one elderly client who planned to give away substantially all of his assets to charity.

In March 2016, Polese and Peterson allegedly misappropriated $350,000 of their client’s money, using $100,000 of those funds to make investments in their own names, and directing the remaining $250,000 to Polese’s personal bank account.

The following year, the SEC claims that Polese made numerous unauthorized withdrawals from the same client’s account totaling approximately $93,000 over the course of two months to pay his credit card and his children’s college tuition expenses. Morgan Stanley discovered the unauthorized transactions in early May 2017, and both advisers were placed on administrative leave.

In an effort to cover-up his thefts, Polese allegedly went to the client’s house and attempted to persuade him into signing a false statement stating that he authorized the transactions, but the client refused. Polese and Peterson were terminated by Morgan Stanley shortly thereafter.

In addition to stealing client funds, the complaint alleges that the advisers breached their fiduciary duty when they secretly used client assets as collateral to secure loan financing for a private entity in which they were both investors.

Polese is accused of defrauding two clients through violations of his fiduciary duties, including obtaining an interest-free $50,000 loan that he has yet to pay back, and charging advisory fees 50 percent higher than the rate he promised, causing excess fees of approximately $23,000.

According to the complaint, Polese and Peterson invoked their Fifth Amendment rights against self-incrimination and refused to produce documents or answer questions during sworn testimony. The defendants will stand trial in a Boston federal court and are presumed innocent until proven guilty.

The SEC seeks permanent injunctions, civil penalties, and disgorgement plus prejudgment interest against the pair. In a parallel action, the U.S. Attorney’s Office for the District of Massachusetts announced criminal charges against both advisers.