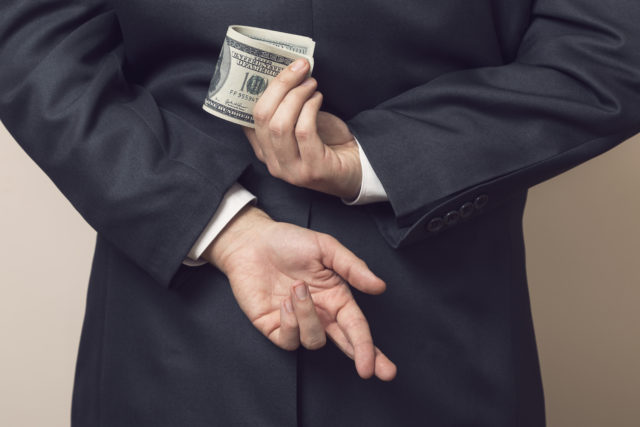 The Securities and Exchange Commission has charged Steven Pagartanis with defrauding long-standing brokerage customers in an $8 million investment scam by soliciting and selling securities using false and misleading statements from 2013 to at least February 2018.

Pagartanis, who became a broker in 1989, most recently affiliated with Lombard Securities, and previously with Cadaret, Grant & Co. from 2012 to 2017.

According to the SEC’s complaint, Pagartanis allegedly told investors, some of whom had been his clients for many years, that he would invest their funds in either a publicly-traded or private land development company and guaranteed monthly interest payments of between 4.5 and 8 percent.

One such company, Genesis Land Development Co., is a Canadian land development and home building company listed on the Toronto Stock Exchange.

The SEC claims that Pagartanis directed the investors to write checks payable to a similarly-named entity, Genesis I, that he secretly controlled. In all, at least nine customers invested approximately $8 million, which Pagartanis used to pay personal expenses and make the guaranteed “interest” payments to his customers.

To conceal the alleged fraud, which unraveled earlier this year when Pagartanis stopped making the “interest payments” to customers, he created fictitious account statements reflecting ownership interests in the land development companies.

“As part of the alleged scam, Pagartanis preyed on his customers’ trust, duping them to write checks payable to his own entity,” said Marc Berger, director of the SEC’s New York regional office. “Regardless of how long investors have worked with their brokers, they should always confirm that recommended investments are approved for sale by their brokerage firm before transferring funds.”

FINRA barred Pagartanis last month for refusing to provide on-the-record testimony in connection with its investigation of allegations that he made fraudulent misrepresentation to customers and misappropriated customers’ funds.

The SEC’s complaint, filed in federal district court in Brooklyn, charges Pagartanis with violating the antifraud provisions of the federal securities laws. The SEC is seeking a judgment ordering Pagartanis to disgorge his allegedly ill-gotten gains plus prejudgment interest, and to pay financial penalties.