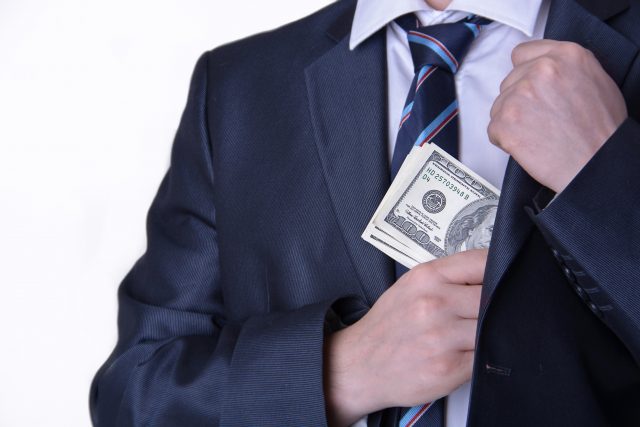 The Securities and Exchange Commission has charged Connecticut resident David Haddad and two companies he operates in connection with a fraudulent scheme to raise funds from retail investors.

Haddad and the two companies have offered to settle the case by agreeing to pay a total of more than $1 million, which includes disgorgement of money Haddad took in from investors and used for his own personal purposes.

The SEC’s complaint alleges that Haddad operated two companies in the re-insurance industry, Trafalgar Square Risk Management LLC and New England RE LLC. He allegedly raised at least $2.5 million from 29 separate investors through the offer sale of unregistered securities.

The SEC’s complaint alleges that Haddad made various misleading claims to investors about the use of their funds. According to the SEC’s complaint, he told investors that their funds would be used to build and grow Trafalgar and New England RE when, in fact, he diverted a significant portion of their money for his own purposes, including the purchase of multiple homes, art and antiques, entertainment, and expenses of a dog rescue charity that he founded.

Haddad also used some investors’ money to make Ponzi-like payments to other investors. The complaint alleges that the money Haddad used to support his lifestyle far exceeded Trafalgar’s revenues.

In addition, Haddad has agreed to pay a civil monetary penalty of $181,000 and has consented to the imposition of a permanent bar prohibiting him from acting as an officer or director of a publicly-traded company.

He further consented to a permanent injunction prohibiting him from offering or selling any securities unless he first provides a written disclosure regarding his prior regulatory history and maintains written records of such disclosures.