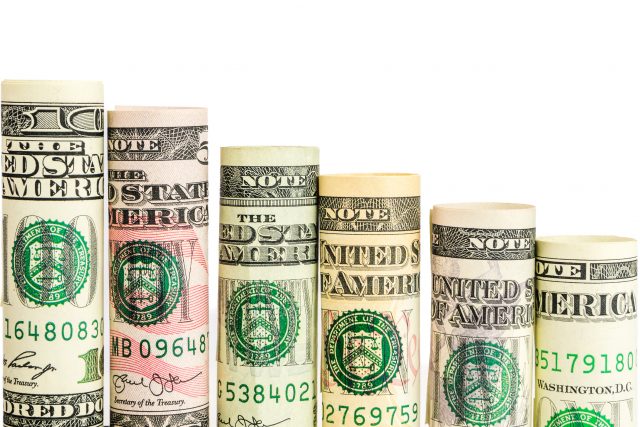 Non-traded REIT fundraising fell to $248 million in May 2020, down 22.4 percent from $319 million in April. This follows the near record first quarter of 2020 when sales of non-traded REITs topped more than $5.6 billion, reflecting a major pullback of capital placement into alternative investment real estate due to uncertainties related to the COVID-19 pandemic, according to investment bank Robert A. Stanger & Company.

“The last time we saw non-listed REIT fundraising below $250 million was in July 2017 at $224 million, signaling the bottom of the previous downward cycle,” said Kevin T. Gannon, chairman and CEO of Stanger. “Although non-listed REIT fundraising declined further month-over-month in May, the de-acceleration of the decline coupled with the imminent re-launching of real estate offerings at several broker-dealers may signal a bottoming of this current three-month trend.”

He added, “Thus far, it appears that most non-listed REITs, particularly NAV REITs, have held up relatively well from both a performance and structural standpoint which should lead to an increase in the adoption rate and a rebound in fundraising later this year.”

The graph below illustrates the effect of COVID-19 on non-traded REIT fundraising alongside previous major events affecting capital formation. Fundraising took a precipitous decline after the Great Recession in 2008, and again after the announcement of accounting irregularities involving American Realty Capital Properties, a major non-traded REIT sponsor in 2014. 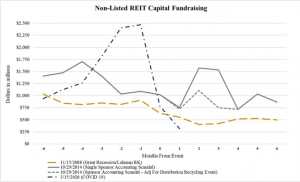 “In the case of the COVID-19 fundraising plot, the curve currently appears to be flattening. With talk in the industry of several temporarily closed sales channels reopening in June, all eyes will be watching for the recovery to begin,” said to Trisha Miller, executive managing director of Stanger.