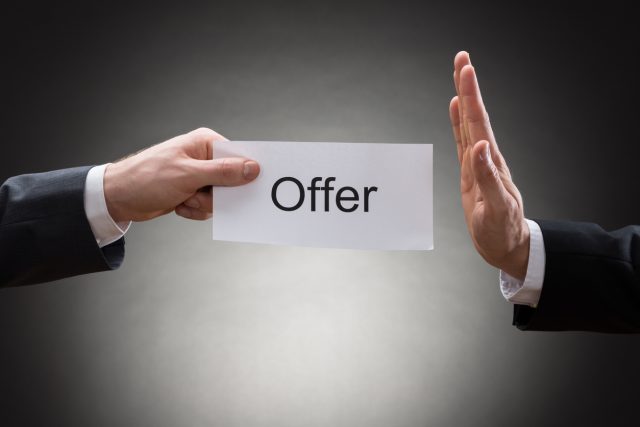 New York City REIT Inc. (NYSE: NYC) has launched a defensive tender offer to purchase 65,000 shares of its Class B common stock for $7.00 per share. The move was implemented to deter MacKenzie Capital Management, which launched an unsolicited tender offer yesterday for the same number of shares but for $6.50 each. MacKenzie’s offer expires on February 5, 2021, and New York City REIT’s offer expires on January 27, 2021.

New York City REIT’s board does not recommend that shareholders sell their shares to MacKenzie or the REIT.

New York City REIT Inc. was a publicly registered non-traded REIT sponsored by AR Global that partially listed its shares of Class A common stock on the New York Stock Exchange on August 18, 2020. Every 120 days after the listing, an additional 25 percent of its common stock, represented by Class B common stock, would convert into Class A shares until all shares were listed within 360 days. Thus, conversion of the Class B shares was to occur at equal intervals on December 16, 2020, April 15, 2021 and August 13, 2021.

“MacKenzie is offering to acquire Class B Shares from stockholders at a price that is substantially below the price at which the Class A shares have been trading on the NYSE in an effort to make a profit on those shares once the Class B shares convert and are listed on the NYSE,” the REIT said in a letter to shareholders.

New York City REIT, formerly American Realty Capital New York City REIT Inc., invests in properties located in the five boroughs of New York City, with a focus on Manhattan. The company closed its offering in May 2015 and raised a total of $769.9 million in investor equity, including DRIP proceeds. As of the third quarter of 2020, the REIT owned eight properties purchased for $790.7 million.