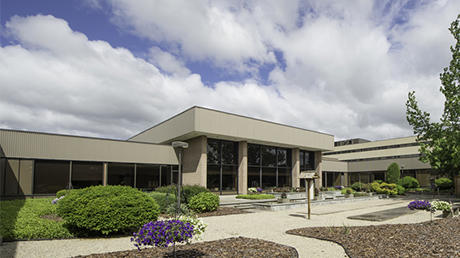 The company previously owned a portion of the property as a senior and junior preferred equity holder, and through a newly formed operating partnership, now owns 100 percent of the property.

The purchase was based on a valuation of approximately $38 million, and consideration consisted of MacKenzie assuming a $24 million first mortgage, issuing approximately $5 million of operating partnership units convertible into common stock at $10.25 per share, paying $1.3 million in cash to the lender, and cancelling its previously owned preferred equity investment, which was originally $9.3 million.

The company also announced plans to increase its investments in real assets “opportunistically,” and in the case of Addison Corporate Park, the company said that it took advantage of an opportunity “provided by the current economic downturn” to recapitalize and acquire the portion of the property that it did not already own.

“We believe there are multiple accretive transactions like Addison to be done,” said MacKenzie president Rob Dixon. “We intend to come out of the current recession significantly stronger than we entered it.”

MacKenzie is best known for purchasing shares of illiquid investments, such as non-traded REITs, directly from investors in unsolicited tender offers at prices lower than the estimated net asset value per share. Last month, the company suspended its share repurchase program to focus on retaining cash to purchase real estate assets.

“The virus and countermeasures have disrupted markets for assets owned and sought by the company, prompting a decline in the value of such assets,” the company said in a filing with the Securities and Exchange Commission at the time. “Under these circumstances, the board determined that the company and its stockholders are best served by retention of cash, thereby allowing the company to capitalize on opportunities to acquire assets at attractive prices.”

MacKenzie was formed in 2013 and is externally managed by MacKenzie Capital Management LP. As of March 31, 2020, the company raised approximately $128.6 million from public offerings.