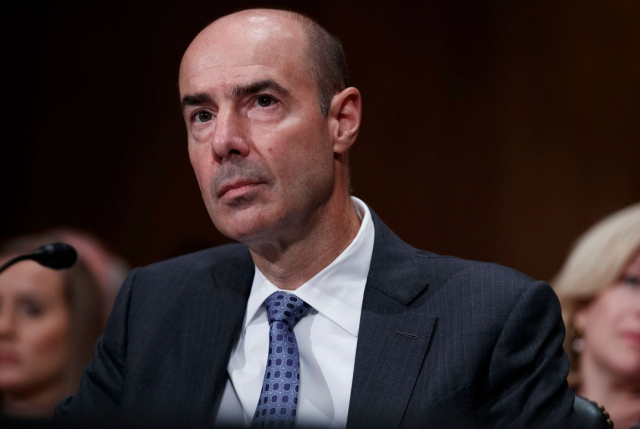 Eugene Scalia, President Donald Trump’s pick to head the Department of Labor, testified before the Senate Health Education Labor and Pensions (HELP) Committee during his three-hour confirmation hearing on Thursday, where he fielded questions on the DOL fiduciary rule and retirement investment advice.

Scalia famously represented the U.S. Chamber of Commerce, the Securities Industry and Financial Markets Association and other trade associations before the Fifth Circuit Court of Appeals in the case that vacated the Department of Labor’s fiduciary rule, which sought to eliminate conflicts of interest as it pertains to retirement investment advice.

The DOL is expected to issue a revised fiduciary rule in the coming months while the Securities and Exchange Commission recently adopted its Regulation Best Interest which claims to go beyond the current suitability standard and requires broker-dealers to act in the best interest of their retail customers.

Senator Patty Murphy (D-WA), the committee’s ranking member, asked Scalia if he would recuse himself from participating in the DOL’s revised fiduciary rule.

“As you know, there are federal ethics rules that will govern what matters that I can work on, when I’m at the department, where there might have been some prior connection on my part, or the part of my firm, or a client. In the case of the fiduciary rule, I would seek guidance from the designated agency ethics official at the Department of Labor regarding what my ability to participate would be.”

Sen. Murphy also asked whether individuals “who are seeking professional investment advice about their retirement savings deserve advice that is in their best interest?”

Scalia replied, “I think that should be available and they should be informed of the nature of the advice they’re receiving and if there are conflicts. This is a case where…I was retained by clients to address a rule that was a controversial rule. Thankfully, the Securities and Exchange Commission has stepped in and itself adopted what’s called a best-interest standard with respect to broker-dealers who are folks that ordinarily are regulated directly by the SEC, rather than by the Department of Labor.”

When questioned whether he would cede DOL’s authority of the fiduciary rule to the SEC, Scalia said that he would not.

“The DOL is focused on employment retirement savings and one of the concerns that was raised by the fiduciary rule was that they were treading on the SEC’s jurisdiction,” he said. “So, I think part of what’s necessary in a government is making sure that there’s the proper balance between the different regulatory authorities and I would want to, if I’m confirmed, work with the SEC if necessary to strike that balance correctly.”

The committee will vote on Tuesday on Scalia’s nomination.

Scalia, a partner at Gibson, Dunn & Crutcher LLP, is a labor, employment, and regulatory lawyer and the son of late Supreme Court Justice Antonin Scalia. If confirmed, he would replace Alexander Acosta who resigned in mid-July following public criticism over his handling of the Jeffrey Epstein sex trafficking case.