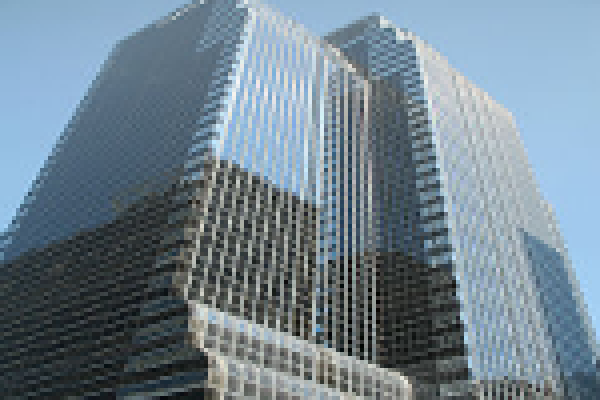 Built in 1987, 500 West Madison was 93% leased to over 90 tenants as of December 1st, 2013. Aggregate annual effective base rents, net of rental abatements, are approximately $30.3 million and the weighted-average remaining lease term is about 5.8 years.

The Property is found in Chicago’s West Loop submarket which is home to newer Class-A office developments in Chicago’s central business district.

Transportation is conveniently located below the building, an attractive feature for suburban travelers. Ogilvie Transportation Center is one of the two main suburban train stations allowing commuters an easy trip into the city.

“We believe that 500 West Madison is a trophy-quality asset with highly unique work style advantages that encompasses everything KBS REIT III looks for in an investment,” said KBS REIT III CEO Charles Schreiber.

“500 West Madison is another recent, prominent acquisition KBS REIT III has made in the office arena,” said Ken Robertson, KBS central regional president. “We feel the West Loop has become the epicenter of new development, adaptive re-use and urban renewal in Chicago’s CBD and we intend to make strategic improvements at 500 West Madison to help maintain its status as one of the top business addresses there. We believe this is an iconic asset in this submarket that is literally connected to the transit grid of the entire region.”

In a filing, KBS REIT III disclosed that 500 West Madison is being purchased with a combination of mortgage borrowings, existing credit facilities, and on-going initial public offerings. The five-year mortgage loan with Wells Fargo is for borrowings of up to $255 million, secured by the Property.

Through September 30th, 2013, KBS REIT III had invested in 10 office properties which include approximately 3.3 million square feet of rentable space. At the time, the properties were 90% leased.