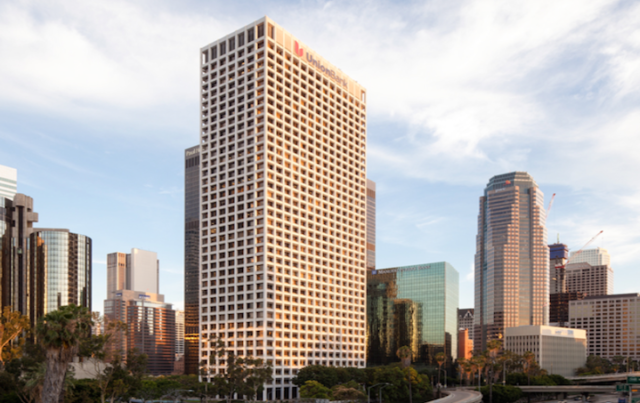 KBS Real Estate Investment Trust II Inc., a publicly registered non-traded real estate investment trust, announced that the $165 million sale of Union Bank Plaza in Los Angeles has been canceled, according to a filing with the Securities and Exchange Commission.

In March 2020, KBS REIT II shareholders approved a plan of liquidation for the company, and Union Bank Plaza is the last property remaining in the REIT’s portfolio.

On May 18, 2022, the potential buyer, Harbor Associates LLC, signed a purchase agreement with an inspection period ending on June 16, 2022 to conduct due diligence on the property.

According to the SEC filing, after the due diligence period ended, Harbor Associates did not provide notice to the REIT to proceed with the transaction, and the agreement was terminated. As a result, Harbor Associates will receive a refund of its earnest money deposit.

Similarly, in late 2017, the REIT inked a deal with RC Acquisition, an affiliate of Pacific Reach Properties, which agreed to purchase Union Bank Plaza for $280 million, but later “exercised its right to terminate the agreement.”

KBS REIT II has sold a number of properties in recent year and has paid five liquidating distributions totaling $2.10 between March 2020 to December 2021.