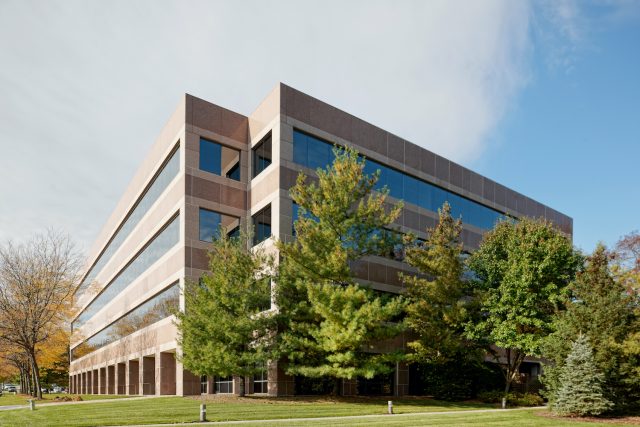 KBS Real Estate Investment Trust II, a publicly registered non-traded REIT, has sold Park Avenue at Morris County, a six-building Class A office park in Florham Park, New Jersey, to an affiliate of Opal Holdings for $311 million as part of the REIT’s liquidation. The transaction is reportedly the state’s largest suburban, multi-tenant office sale since 2008.

Park Avenue at Morris County, located at 100-600 Campus Drive, totals 1.1 million square feet and was originally purchased in September and October 2008 for a combined $365 million. Tenants include BASF, Day Pitney and PricewaterhouseCoopers.

KBS REIT II disclosed in an investor letter last month that the properties were being sold for less than the previously appraised value.

“The value declined $56.3 million from the December 2018 appraised value due to various reasons,” the letter stated. “Despite renovations to modernize the park, the addition of ample amenities and creative connectivity to rail via a proprietary shuttle service, certain institutional investors that would have previously been in the market for this asset have either too much exposure in suburban office or have moved away from suburban properties and thus did not pursue the asset.”

The company also noted that “the asset is too large for small and mid-sized investors, who otherwise like the asset, but are unable to put the funds together without an institutional partner.”

During its ownership, KBS implemented a multimillion-dollar improvement plan that brought occupancy up to 89 percent.

As part of its improvement plan, KBS added a number of fitness amenities, new roofs and HVAC units, updated elevators, a conference center, and an on-site concierge and security service.

KBS also upgraded the buildings’ cafeterias, installed a coffee and wine bar in the lobby, and instituted a food-delivery service. KBS added transportation amenities including electric car-charging stations and a shuttle service with direct access to Madison Train Station, Newark Liberty International Airport and other destinations.

“These improvements added tremendous value to the asset,” says Shannon Hill, senior vice president and asset manager for KBS. “Though we purchased this property during the economic downturn, through strategic upgrades we were able to maintain its prestige in the industry and attract several blue-chip tenants during our ownership.”

KBS REIT II shareholders will soon vote on the company’s liquidation and dissolution plan at its annual meeting on March 5, 2020. The company expects the net proceeds to range between approximately $3.40 and $3.83 per share.

The KBS REIT II board recently lowered its net asset value per share from $4.50 to $3.79, as of September 30, 2019. The REIT said that the decrease was largely attributable to the decrease in property values at the Park Avenue at Morris County property and its Union Bank properties.