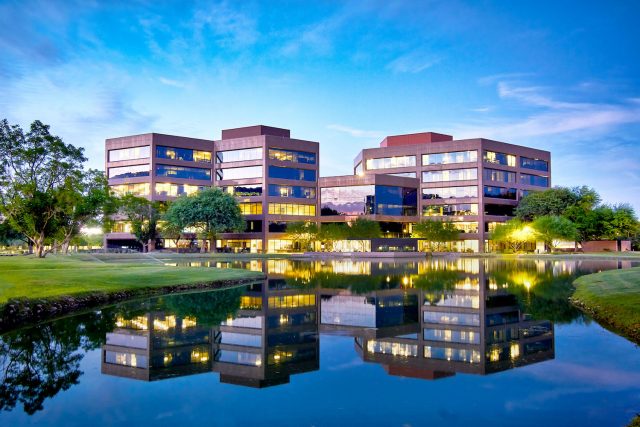 The property was purchased for $61.5 million, or approximately $205 per square foot, which the REIT claims is a “significant discount to new construction costs in the Phoenix market.”

This is the fifth asset the REIT has purchased in the Phoenix metro area over the past three-and-a-half years, representing $246.5 million of total investment.

Fountainhead Corporate Park is located within a master-planned community that contains Class A office space, multifamily communities, retail and hotels. It is leased to a diversified mix of tenants such as First American Title Company, State Farm Insurance and Coca Cola, as well as financial institutions, engineering firms, tech companies and academic institutions with a weighted average lease term of more than five years.

Arizona’s economy ranks second in the nation for job growth, third in the nation in GDP growth, and fourth in fastest growing states in the US, the REIT noted. Nearly 300,000 jobs have been added in Arizona since 2015, with expectations to create an additional 70,000 jobs in 2020.

According to Green Street Advisors, the Phoenix office market is ranked 4th nationally for estimated demand and employment growth from 2019 to 2022. Tempe is Phoenix’s top performing office submarket posting vacancy rates in the single digits over the past 8 years and hitting an all-time low of 3.3% in 2019.

“While we intend to maintain an underweight to the office sector, this investment at an over 40 percent discount to replacement cost and with in-place rents well below current market comparables presents an attractive addition to our portfolio. Further, asking rents in this submarket have grown by an astounding 50 percent over the last five years and Tempe continues to boast strong market fundamentals.”