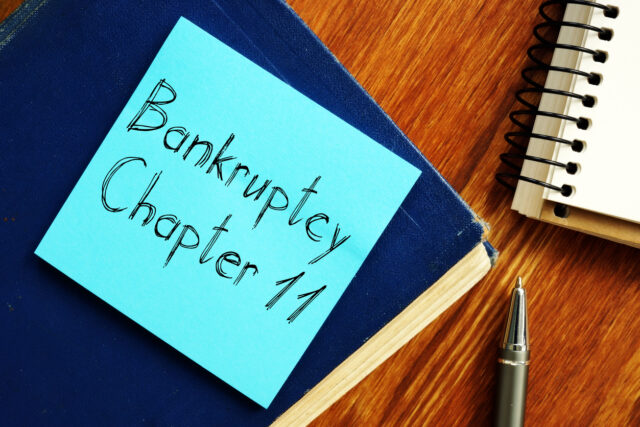 Brookfield has committed to provide a $65 million debtor-in-possession term loan to fund the REIT’s current obligations, including up to $10 million to fund interest payments and other approved expenses for the property-level mortgage loans, pending the Chapter 11 cases. After the bankruptcy plan becomes effective, Brookfield will provide a $25 million exit facility. Both loans bear interest at 15 percent per year.

After the bankruptcy plan is effective, Brookfield will select four directors, with at least one independent under the listing rules of the New York Stock Exchange.

Each share of Hospitality Investors Trust common stock outstanding will be cancelled and exchanged for a right to receive contingent cash payments (CVR). Shareholders of the “old common stock” will receive one CVR in exchange for each share of old common stock. The maximum amount of payments made per CVR will not exceed $6.00 and will not be transferable, except in limited instances such as the death of the holder.

On May 13, 2021, the REIT’s compensation committee paid approximately $2.5 million in retention bonuses to the executive officers and other employees.

The bonuses are subject to “clawback” if the recipients resign or are terminated for cause before February 18, 2022, or in the case of Mehlman, prior to the bankruptcy effective date.

Mehlman will continue to serve as the CEO until he is terminated without cause on the tenth business day after the bankruptcy effective date. After his termination, he will be entitled to life, disability, dental and health insurance coverage for 24 months, and will receive a cash severance of $3.5 million, which will increase if his termination does not occur before June 30, 2021. He will also serve as a consultant for $100,000 per month for three months after his termination.

Riggins will be appointed president, in addition to serving chief financial officer once the bankruptcy is effective, and his is annual base salary will increase to $450,000, while Hughes’ will increase to $425,000, among other employment agreement changes.

The REIT severed ties with its former sponsor AR Global and founder Nicholas Schorsch, and became self-managed in 2017 following a $300 million commitment from Brookfield.

Shortly thereafter, a Hospitality Investors Trust investor filed a lawsuit against the REIT’s executives and directors, AR Global, and AR Global’s senior executives, alleging gross abuse of trust and that the terms of the Brookfield investment were detrimental to the company and its stockholders.

A preliminary settlement was reached in February 2020 and included a monetary payment to the REIT of $15.2 million, of which $14.9 was to be paid by the defendants’ insurers and $250,000 paid by Mehlman. AR Capital and AR Global Investments tendered 66,555 shares of common stock to the REIT, while Mehlman tendered 16,949 shares.

Hospitality Investors Trust owns a portfolio of 100 premium-branded select-service lodging properties in the United States. The offering was declared effective in January 2014 and suspended sales activities in November 2015 after raising $903 million in investor equity.