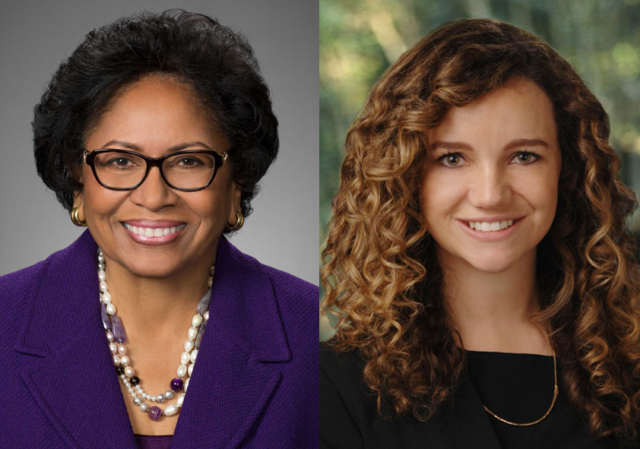 The board of Hines Global Income Trust Inc., a publicly registered non-traded real estate investment trust, has added two new positions to the board and appointed Dr. Ruth Simmons and Laura Hines-Pierce, effective immediately. Simmons is president of Prairie View A&M University, and Hines-Pierce serves as a senior managing director in the office of the chief executive officer at Hines.

With the two new appointments, Hines-Pierce joins Jeff Hines and David Steinbach as internal members of the board, and Simmons joins John Niemann, Burt Cabañas and Dougal Cameron as independent directors.

“Dr. Simmons’ and Laura’s board appointments will be instrumental in guiding and propelling Hines Global forward as we navigate the future of real estate,” said Jeff Hines, CEO, director and chairman of the board. “Both women bring an incredible background in operations, innovation and leadership that will be extremely valuable to the board as we continue to oversee the transformational growth at Hines Global.”

Before joining Prairie View in 2017, Simmons was president of Brown University from 2001-2012 and president of Smith College from 1995-2001. She previously held various faculty and administrative roles at the University of Southern California, Princeton University, and Spelman College.

Simmons is a graduate of Dillard University and completed her Ph.D. in romance languages and literatures at Harvard. She has been awarded more than 23 honorary degrees and is a member of the National Academy of Arts and Sciences, the American Philosophical Society, and the Council on Foreign Relations. In 2013, she was named a ‘chevalier’ of the French Legion of Honor by the president of France.

She has served on boards of Goldman Sachs and Texas Instruments, as well as numerous nonprofits, including Dillard University, Howard University, Princeton University and Rice University. She serves on the Council of the Smithsonian National Museum of African American History and Culture, the board of trustees of the Museum of Fine Arts of Houston, and the Board of the Houston Branch of the Federal Reserve Bank of Dallas. In addition, she chairs the governing board of the Holdsworth Center which supports public school leadership in Texas.

Hines-Pierce, who is a member of Hines’ executive committee, joined the firm in 2012 and was responsible for project management of land acquisitions and developments in the Midwest and Southeast regions. In 2017, she relocated to Houston to work in the office of the chief investment officer and was later named the firm’s transformation officer to support the firm’s “strategic and transformative efforts across the business.” She holds a bachelor’s degree in economics and art history from Duke University and an MBA from Harvard University.

Hines Global Income Trust owned 23 real estate investments totaling 11.1 million square feet of space, as of the first quarter of 2021. From inception in August 2014 through May 13, 2021, the REIT raised approximately $1.3 billion in investor equity in its public offerings. The REIT’s second follow-on offering launched at the beginning of June 2021.