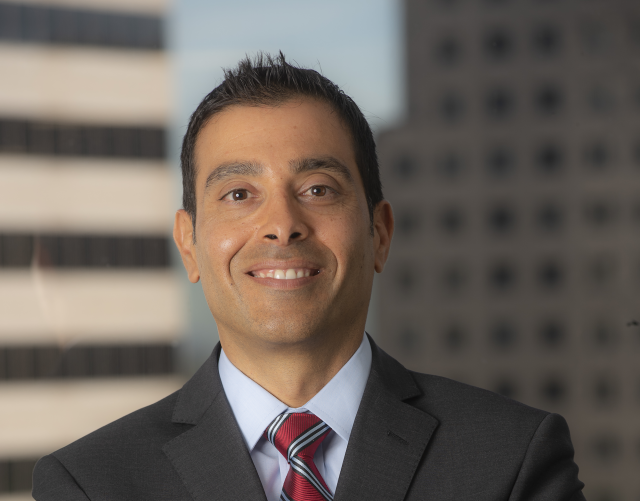 In a chaotic election year overshadowed by a pandemic, economic disruption, wildfires, and storms, the uncertainty of 2020 is progressively nerve-wracking. The indistinct outlook is especially unsettling for financial and real estate development sectors where we prefer certainty.

So, it is a relief to be able to predict one thing with relative clarity: No matter who wins next month’s election, it seems fair to say that the opportunity zone (OZ) program signed into law by President Trump in 2017 will survive to play a critical role in strengthening local communities across the nation.

From what we know today, not even a blue wave of Democrat victories in the White House, Senate, and Congress would drown the initiative. Riding high on this theoretical wave would be presidential candidate Joe Biden, who proposes modifying – not dismantling – the initiative in 2021.

Actually, that’s a second thing we also can count on: The OZ program will likely be tweaked no matter who wins in November, as I’ll explain in detail later.

The original legislation was born of bipartisanship, authored by U.S. Senators Cory Booker (D-NJ) and Tim Scott (R-SC). The initiative was included in the 2017 Tax Cuts and Jobs Act to stimulate economic activity in certain areas across the country while promising investors a significant capital gains tax break.

Today, there are more than 8,760 designated qualified opportunity zones across the country. As of September 1 2020, investors have poured more than $12 billion into qualified OZ funds, according to Novogradac, an accounting firm that tracks 811 funds with $70 billion in development planned for underserved communities. 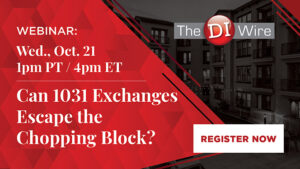 Some critics of the program have said the initiative unfairly benefits the rich. But, this criticism misses one of the main points: The government has figured out how to incentivize the infusion of private capital to promote the development of projects in neglected or often overlooked communities where they may not have otherwise been built. And, good developers are designing these projects to address the needs of those lower-income communities by providing a range of products from workforce, student and senior housing, to medical facilities to grocery stores to mixed-use office and retail spaces.

As a member of the Novogradac Opportunity Zones (OZ) Working Group, I’ve been tracking candidate promises and proposed legislative amendments. I also serve as the chief administrative officer and partner of the Urban Catalyst Opportunity Zone Fund in San Jose, California, where we are investing more than $881 million to revitalize our downtown by building housing, senior care, office, retail, and hotel projects.

Here’s the OZ outlook from my vantage point:

What a Biden Win Means for OZs

Indeed, it appears new reporting requirements are on the horizon no matter who wins in November; there have been calls for reform from both sides of the aisle during the last 12 months. Authors of amendments include Reps. Ron Kind (D-WI) with Mike Kelly (R-PA), Sen. Ron Wyden (D-Ore.), and Sen. Scott’s, whose IMPACT Act has several bipartisan co-signers.

I don’t expect much pushback from OZ stakeholders, including my partners at Urban Catalyst, who believe transparency serves both our investors and the community we are helping revitalize.

What does this have to do with OZs? Biden’s bid to eliminate 1031s might work in OZ’s favor because many of those folks would realize they could just as easily invest in an OZ fund to reap several tax benefits, including the deferral and possible elimination of federal capital gains taxes, that may no longer be available elsewhere.

What a Trump Win Means for OZs

The OZ initiative currently is set to expire on Dec. 31, 2026, the last date investors can roll their capital gains into OZs and receive all the tax benefits.

Proponents, such as Sen. Scott, have said a two-year extension is needed to give potential investors a chance to regain time lost during the pandemic and resulting economic upheaval. Meanwhile, Rep. Scott Tipton (R-CO) joined several House colleagues in introducing a bill to extend OZ provisions through 2030.

Potential OZ investors still ask if they should wait out the election before deciding to move ahead.

No matter who wins in November, it appears relatively safe to say that OZs, as it is a program that continues to enjoy rare bipartisanship support, are here to stay. This powerful economic tool of private-public partnership will help lift our most vulnerable communities and ensure they won’t be left behind again when the rest of the country recovers.

Sean Raft is a member of the Opportunity Zones (OZ) Working Group founded by Novogradac, which advises the U.S. Department of the Treasury, Internal Revenue Service, the Community Development Financial Institutions (CDFI) Fund, members of Congress, and other federal and state agencies on best practices for the opportunity zone program. Sean also serves as chief administrative officer and partner of Urban Catalyst, an opportunity zone fund focused on ground-up development projects in downtown San Jose. Before joining Urban Catalyst, Sean served as portfolio manager of a real estate trust with more than $100 million in assets.