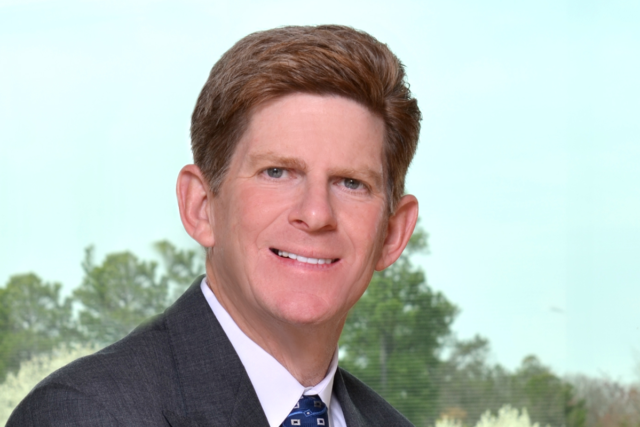 This is the second part of a multi-part series. Part 1 and Part 2 can be read here.

We live in a divided nation. The Merrick Garland/Brett Kavanaugh/Amy Coney Barrett Supreme Court spectacle has further divided the nation. Perhaps never before have the two parties, and our nation, been more divided.

The November election will set the stage for the next phase in our county’s development or decline. And this time, it is personal. There is a sense that repealing 1031 would be an intentional slap in the face of the current President who made his fortune in real estate. Can you say payback? And the most expensive coastal real estate markets are the largest 1031 markets, with billions of exchange dollars flowing away from largely Democratic states to the more moderate South East, Florida and Texas markets.

One hopes that the tax writing committees and staff will take a more dispassionate approach in drafting the future legislation. Putting aside the vitriol of an ugly Presidential campaign, it is customary to provide “transition” or “binding contract” rules when the tax code is revised. Transition rules are intended to provide fair notice to taxpayers who acted in good faith on current law. This could take the form of a transition rule – exempting exchanges before a given date – or a binding contract exception – exempting exchanges that were under binding contract before a given date. But fairness is not required in the legislative process and no assurance can be given that the Biden Plan or other future legislation impacting Section 1031 would have any transition rules.

Significant parts of the U.S. economy are still suffering from the COVID pandemic. It is a tale of two economies, with some sectors (such as multifamily, medical and necessity retail) operating business as usual and other sectors (such as transportation, hospitality and discretionary retail) in a near depression.

Reading the tea leaves, no matter what happens on November 3, expect first to see a massive stimulus bill to help with COVID relief. The stimulus bill is likely to be large (massive!), broad and far reaching. And expect it to further expand an already bloated national debt that will require attention (some day).

If the Republicans keep the White House, Section 1031 will be safe for the next four years. Those in the real estate industry can breathe a sigh of relief, but not forever because growing deficits will create future stress on budgets and new sources of tax revenue surely will be needed in the future.

If the Republicans lose the White House but keep the Senate, Section 1031 should be safe, but not forever. The massive deficits from COVID relief and prior deficit spending will necessitate a re-think and new sources of revenue will need to be found. Advocacy and education led by our able real estate trade associations (ADISA, IPA, FEA, NAR, and Real Estate Roundtable) will be key to convincing Congress to follow the economists and avoid a knee-jerk reaction for what appears to be low hanging fruit.

If there is a Democratic sweep in November, Section 1031 will be at serious risk of being modified or repealed. It is too early to predict if the Biden Plan would be adopted or some other tax plan, but there will be a plan, and it will have a laser focus on maximizing tax revenue. The real estate industry is relatively small, making for an easy target. Repeal of 1031 would appear to generate billions in tax revenue, when, in fact, it is fool’s gold — a net loser of GDP and tax revenue.

Advocacy and education will be key to convincing Congress to follow the conclusions from the economists, Ling and Petrova and EY. Look for expanded advocacy from our trade groups, ADISA, IPA, FEA, NAR, and Real Estate Roundtable, who will need to preach the many virtues of Section 1031.

It will be important to show the statistics — that repealing 1031 actually would harm GDP and reduce tax revenue. Also, it will be critically important to dispel the impression that 1031 is for large institutional investors, when regular folks are the predominant users of Section 1031, and most exchanges involve relatively inexpensive properties in smaller, local markets. Additional support will come from the many benefits to the national economy from a fluid real estate market: by eliminating lock-in effects, a fluid market encourages redeployment of capital. This results in better uses of buildings and facilities, in more desirable locations, with efficient upgrades that expand productivity and profitability. Investors can better use their capital to acquire larger properties, upgrade portfolios, and make capital improvements, which create jobs and add to state and local tax bases. Higher tax bases result in higher property taxes for states and localities who desperately need revenue. Finally, most exchangers pay some tax as a part of their exchange and 63% of the value of immediate tax deferral is eliminated by reduced depreciation deductions on the replacement property and increased capital gain and depreciation recapture taxes on sale of the replacement property.

The upshot from 1031 is the generation of more income and jobs, with a spillover effect from substantial downstream transactional activity in the service industries, such as title insurance, mortgage lending and construction plus legal and accounting services. In sum, a fluid real estate market drives the economy, creates jobs and increases state and local tax bases.

Don’t expect major tax reform overnight. There have been very few major tax law revisions over the years, even when a President’s party controls the House and Senate.

The Internal Revenue Code is extremely complex; many provisions are intertwined and interconnected. It takes substantial time for the Joint Committee on Taxation to compute and score the revenue impacts of proposed tax law changes; then to compute the tax consequences of various revisions; followed by arm twisting; new revisions; etc. Whose ox is being gored? And more horse trading, followed by new tax computations. This is difficult, precise work that takes time.

The Tax Reform Act of 1986 completely upended the real estate industry with the passive loss rule. This led to a real estate recession that lasted nearly a decade. The next major tax legislation, the Tax Cuts & Jobs Act of 2017, was adopted over 30 years later. TC&JA took a year to pass and that was with a Republican President, House and Senate. President Obama controlled both houses of Congress in 2008 to 2009 and did not revise the tax code. Do not underestimate the difficult of making dramatic changes to the tax code.

Tax reform is frightfully difficult to implement, and takes a great deal of time and effort. The changes being negotiated will have to be run through the Joint Committee on Taxation for scoring; then, revised numerous times and the lobbying begins. I would not look for any substantial tax law changes until 2022.

Stay tuned — this one is too close to call.

Louis Rogers is the founder and CEO of Capital Square, one of the leading sponsors of 1031 exchanges and other tax-advantaged real estate investment programs. A former partner at the Hirschler Fleisher law firm, he is an acknowledged expert on the legal history and application of Internal Revenue Code Section 1031. His guest submission on the potential threat to Section 1031 will be presented in three parts. Opinions expressed by Mr. Rogers are his own and not necessarily reflective of those held by the editorial staff of The DI Wire.