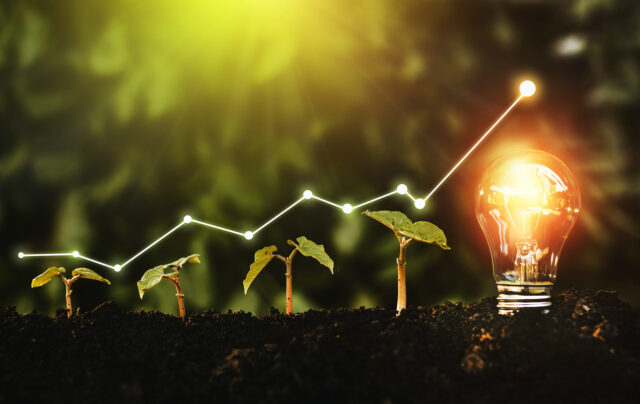 The company’s fleet of sustainable infrastructure projects increased by 35 net assets during the quarter, bringing its total project count to 337. At the end of the quarter, the total number of states, districts, territories, and provinces in which Greenbacker conducts business activities had risen to 35.

The projects generated 392,010 megawatt-hours of total energy during the third quarter of 2021, which represents quarter-over-quarter and year-over-year increases of 8.6 percent and 75.7 percent, respectively.

Greenbacker’s investment activity decreased quarter-over-quarter, but more than quadrupled year-over-year. The company deployed more than $240 million into new or existing investments during the third quarter of 2021. During the previous quarter, the company deployed a record $315.2 million of new capital into additional assets and $57.2 million in third quarter of 2020.

The fair value of Greenbacker’s investments in both controlled and non-controlled projects exceeded $1.22 billion, marking quarterly and year-over-year increases of 16.8 percent and 105.1 percent, respectively. The fair value totaled $1.04 billion in the second quarter of 2021 and $594.6 million during the same period last year.

During the third quarter, several assets reached commercial completion, including Altamont (57.5 megawatts), Greenbacker’s largest wind project to date. Greenbacker noted that this contributed to the 23.5 percent quarter-over-quarter decrease in the size of its pre-operational portfolio, as these assets came online and began generating revenue.

During the third quarter, Greenbacker raised $215.4 million in capital, bringing the year-to-date total to $768.2 million.

The company also added around 790 new investors to its shareholder base during the third quarter (after adding roughly 485 new investors in the second quarter), bringing its total investor base to approximately 10,500.

As of September 30, 2021, Greenbacker’s pipeline of potential transactions topped $527.1 million, reaching a new high for a third consecutive quarter, the company said. The previous high was set in the second quarter of this year, when the pipeline totaled $436.9 million, which surpassed the first quarter’s record of $383.8 million.

Greenbacker purchased two 20-megawatt utility-scale solar projects located in New York from Hecate Energy during the quarter. The projects, Albany 1 and Albany 2, add 40 megawatts to Greenbacker’s fleet. The projects are among the company’s largest sustainable energy assets in New York, and Greenbacker said that it has a number of signed commitments with Hecate to develop sustainable infrastructure projects in the state.

At the beginning of the quarter, Greenbacker’s RoxWind project in Roxbury, Maine entered the final stages of construction. At 15.3 megawatts, the wind farm represents the company’s largest asset in the state.

Greenbacker Renewable Energy Company purchases and manages renewable energy and other energy-related businesses, including solar and wind farms. The company invests in projects that sell clean power under long-term contract to counterparties such as utilities, municipalities, and corporations.