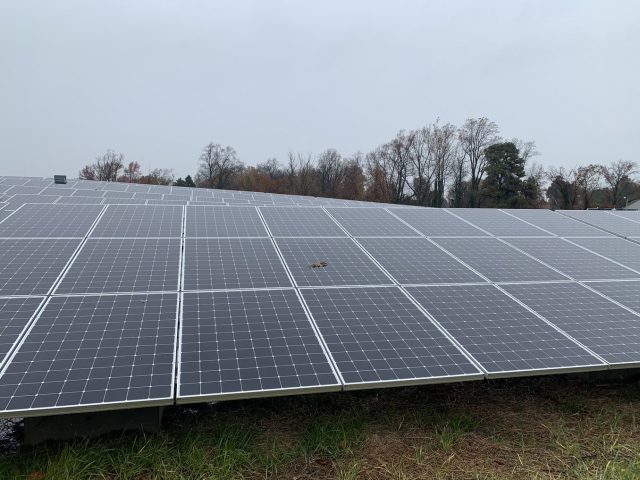 This marks the first project completed by the opportunity zone fund and the beginning of its operations. Greenbacker registered the $200 million Reg D offering in August 2019 and had raised $2.5 million as of the date of the filing.

Greenbacker said that the project is the first solar facility in the county, located in an area that had been vacant for 30 years and deemed unsuitable for residential development. The solar project will purportedly produce enough energy to power 333 homes and is expected to contribute approximately $1.4 million in total tax revenue to the county over its length of service.

The project is contracted with a wholly-owned subsidiary of WGL Holdings, a public utility company serving the greater Washington DC area.

During his address, Senator Van Hollen said, “The private sector has really come together here…This is a win-win-win for consumers, jobs, and for our environment.”

The commercial operation date was January 14, 2020.

Greenbacker, which owns and operates income-generating renewable energy infrastructure assets, oversees a portfolio of solar and wind facilities that sell electricity under long-term contracts to counterparties such as utilities, municipalities, and corporations.