Greenbacker Capital Management, a private placement sponsor focused on renewable energy investments, has made a strategic investment through one of its affiliated funds in Dichotomy Power LLC, an owner and operator of a portfolio of hydroelectric power generation stations across the Northeastern United States.

A strategic investment is a transaction where one company makes an investment in another on behalf of shared business goals. The transaction marks the third investment for the fund, which was launched this year to provide capital to small- and medium-size renewable energy infrastructure companies focused on developing power facilities across the United States. Following the close of the transaction, the Greenbacker fund, which was not named, gained a seat on the Dichotomy Power board.

According to filings with the Securities and Exchange Commission, Greenbacker sponsors the Greenbacker Renewable Opportunity Zone Fund and Greenbacker Development Opportunities Fund I, both of which are Regulation D 506(b) private placement offerings.

Hydroelectric power generates about 80 gigawatts of electricity across the country, or about 7 percent of total U.S. generating capacity. Ownership of small hydro facilities – defined as facilities with less than 10 megawatts in generating capacity – is highly fragmented, the company said. Dichotomy Power chief executive officer Ian Clark started the company’s predecessor firm in 2016 as a vehicle to consolidate small hydroelectric generating assets.

Clark said, “With Greenbacker’s help, we will strengthen our ability to identify attractive hydroelectric assets and optimize their performance through a unique combination of regulatory, technical and financial knowhow. We look forward to accelerating our growth trajectory and working tirelessly toward our mutual success.”

Alongside Greenbacker’s investment in Dichotomy Power, Grand Avenue is raising an additional round of capital from its investor base. This process is expected to conclude before the end of the year. 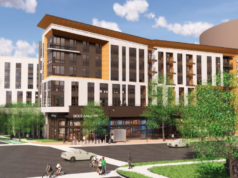