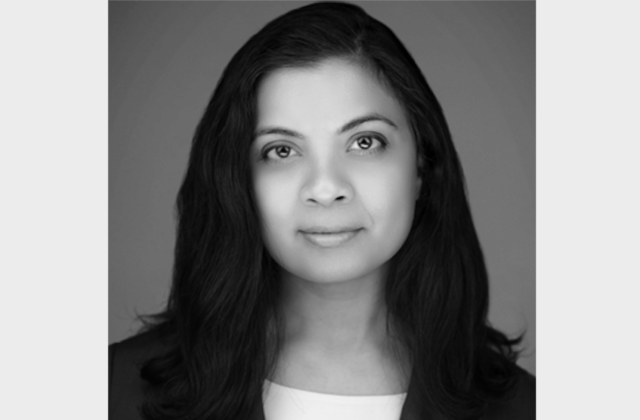 Greenbacker said that Rao’s addition “bolsters the firm’s ability to expand its clean energy investments beyond traditional sectors, particularly in battery storage.” As a deal team lead, she will execute on the company’s “growth strategy” and oversee deal origination and the deployment of capital into sustainable infrastructure investments.

Rao has more than a decade of experience executing merger and acquisitions and capital raising transactions in the renewables, energy trading, and financial services sectors. Most recently, she served as vice president and head of the partnerships and transactions team for RWE Renewables Americas, where she reportedly led the company’s asset acquisitions and divestments across onshore wind, solar, and storage.

Rao began her career in investment banking and financial services, transitioning to the energy trading sector in 2009, where she led acquisitions and joint venture partnerships in oil, gas, and power markets.

Greenbacker said that Rao joins during a time of expansion for the firm. In the last two years, the gross value of the company’s investments has more than doubled, growing from $622.5 million on September 30, 2019, to $1.8 billion as of September 30, 2021. Over the same period, the clean power–generating capacity of its fleet of renewable energy assets increased from approximately 536 megawatts to more than 2.2 gigawatts, with assets in 35 states, districts, territories, and provinces.

“In Maya, we found the best possible person to expand our team, our focus, and our investment strategies,” said Mehul Mehta, chief investment officer of Greenbacker. “Her renewables experience and successful track record of sustainable infrastructure investment augment Greenbacker’s ability to extend our investments in areas beyond solar and wind.”