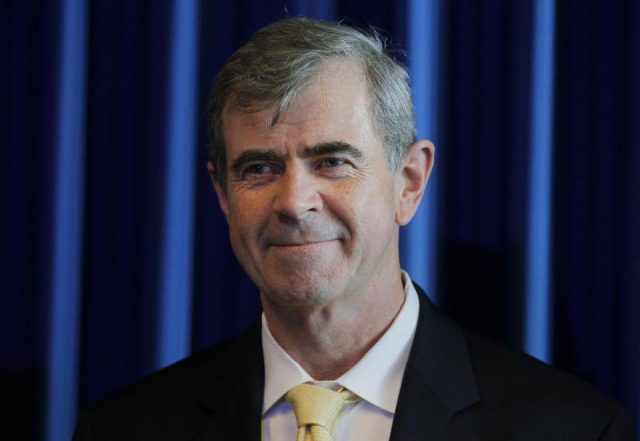 Secretary of the Commonwealth William Galvin has charged broker-dealer Scottrade Inc. with dishonest and unethical activity and failure to supervise. Galvin’s office alleges that Scottrade knowingly violated the firm’s impartial conduct standard, which was adopted to comply with the Department of Labor’s fiduciary rule.

The fiduciary rule seeks to eliminate conflicted retirement advice and is currently under review as ordered by President Trump. The rule mandates that all financial professionals who work with retirement plans or provide retirement planning advice act as fiduciaries.

To comply with the fiduciary rule, Scottrade adopted a rule prohibiting sales quotas, appraisals, bonuses, contests, and other incentives for retirement or prospective retirement account clients.

The Massachusetts complaint alleges that Scottrade held at least two sales contests which included retirement assets after June 9, 2017, when the rule partially went into effect.

The performance of Scottrade agents who participated in the contests was tracked and appraised, and awards and incentives were given out in connection with retirement assets.

“Despite the efforts in Washington to kill the fiduciary rule, the impartial conduct provision remains in place,” said Galvin, an outspoken supporter of the rule. “If the Department of Labor will not enforce its own laws and rules, then the states must do what they can to protect retirees from firms who believe they can play with peoples’ life savings by conducting sophomoric contests.”

The sales contest offered $285,000 in cash prizes and offered weekly cash prizes of between $500 and $2,500, incentivizing agents to bring in new assets from customers, including through the rollover of retirement funds.

The complaint claims that these contests were in violation of the firm’s impartial conduct rule and demonstrate a failure of the firm to make a good faith effort to comply with the fiduciary rule.

The standards include adhering to a best interest standard when making investment recommendations, charging no more than reasonable compensation for services, and refraining from making misleading statements.

The DOL said that during the extended period, it will not pursue claims against fiduciaries working “diligently and in good faith” to comply with the regulation.

The complaint seeks a cease and desist order, censure, and an administrative fine.