Block, who is facing 18 months in federal prison, was found guilty last summer on a number of charges, including conspiracy to commit securities fraud, securities fraud, and making false statements in SEC filings.

Block and former chief accounting officer Lisa McAlister were accused of fraudulently inflating ARCP’s second quarter 2014 adjusted funds from operations, or AFFO, by $13 million hours before filing the results with the SEC. More than $3 billion of the company’s market value was destroyed following the accounting fraud revelation.

In the brief filed with the court last week, Block’s attorneys noted that AFFO does not have an established industry definition, and there are no specific regulations or standards that relate to it, nor prescribe how it should be calculated.

As such, Block’s legal team believe that the government failed to prove that the AFFO reporting was false by not calling an expert accountant to testify, claiming that “undisputed evidence at trial clearly showed that the AFFO adjustments were supported by ARCP’s books and records and consistent with ARCP’s disclosures.”

“At trial, Block demonstrated that the $13 million addback was supported by ARCP’s books and records based on undisputed evidence regarding ARCP’s defeasement campaign,” argued Block’s attorneys.

“Specifically, the undisputed evidence showed that ARCP had elected to pay off hundreds of millions of dollars of debt that it had inherited from two recent acquisitions as part of its defeasement campaign—i.e., replacing the preexisting debt of two acquired companies with new debt carrying a much lower interest rate.”

Block’s team also argued that evidence was introduced at trial that prejudiced the former CFO, such as his exorbitant compensation package, his termination from ARCP, and that he engaged in an alleged cover-up.

In addition to 18-month imprisonment, Block was ordered to pay a $100,000 fine and will submit to three years of supervised release following his prison term. 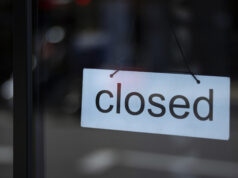