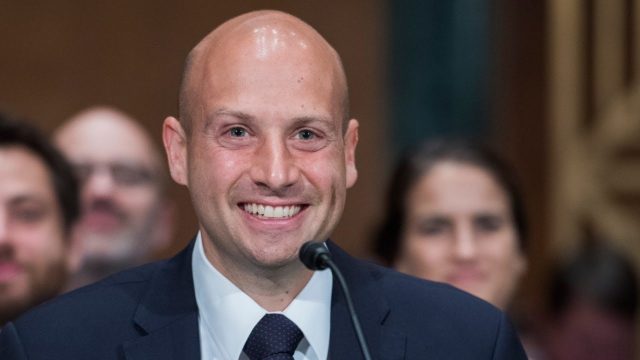 Elad Roisman was sworn in as an SEC commissioner on Tuesday by Chairman Jay Clayton following his confirmation by the Senate last week. His term expires on June 5, 2023.

“It is my honor to welcome Elad back to the Commission,” said SEC Chairman Jay Clayton. “Elad’s broad experience and previous work at the Commission will serve Main Street investors and our markets well.”

The SEC’s five commissioners are appointed by the President with the consent of the Senate. Their terms last five years and no more than three commissioners may belong to the same political party. In addition to Roisman and Clayton, the other commissioners include Kara Stein, Robert Jackson Jr., and Hester Peirce.

Roisman joins the SEC from the Senate Banking Committee, where he served as chief counsel. He previously served as counsel to SEC Commissioner Daniel Gallagher and prior to that, as a chief counsel at NYSE Euronext. He also worked as an attorney at the law firm of Milbank, Tweed, Hadley & McCloy LLP where he served as an associate in the New York office. He earned his bachelor’s degree in history at Cornell University and his juris doctor at the Boston University School of Law.

Roisman joins the SEC as it hammers out the details of its proposed broker advice rule, regulation best interest, which requires a broker-dealer to act in the best interest of a retail customer when making a recommendation of any securities transaction. The SEC ended its three-month public comment period on the proposed regulation last month.