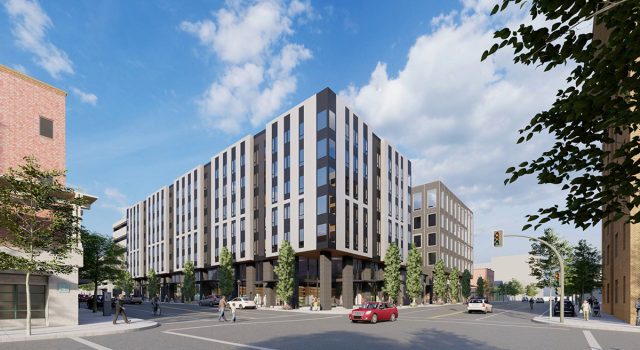 The project, known as Block 10, is situated on approximately one-acre in an area certified as an opportunity zone under the Tax Cuts and Jobs Act of 2017. Opportunity zones were created to stimulate economic development in distressed low-income communities by offering potentially significant tax benefits to investors that make long-term investments in these areas.

EJF sponsors the EJF OpZone Fund I LP, a qualified opportunity zone fund that, as of June 30, 2020, had approximately $197 million in cumulative subscriptions. The fund has closed on seven investments, including Block 10, comprised of four multifamily projects, one industrial logistics park, one mixed use project and one hotel project.

Additionally, Block 10 will include an amenity package shared between the multifamily and office tenants, including a fitness center, co-working space, bike room, and amenity deck on top of the podium deck on the third level.

Holland Partner’s construction division expects to break ground in July 2020 and plans to complete the project in the Spring of 2022. The company estimates that the project will create hundreds of construction jobs. Bank of the West is providing construction financing.

“Block 10 is a spectacular project, situated in the heart of downtown Vancouver on one of the city’s last remaining undeveloped blocks,” said Neal Wilson, co-CEO of EJF. “It is a prized location that is within walking distance of an array of amenities including numerous restaurants and bars, retail, entertainment and offices. We are pleased to partner with HPG, one of the developers with the most units under construction on the West Coast.”

Downtown Vancouver is experiencing an increase in apartment and condo development. The area has an estimated 19 apartment buildings and condos that are either being planned or in the construction phase totaling 2,029 units. Washington has neither personal nor business income tax, and EJF claims that companies are relocating to the city, citing information published by the Columbia River Economic Development Council.

“Downtown Vancouver is a city on the rise,” Wilson added. “We look forward to the groundbreaking and to partnering with HPG on a project that will have a positive impact on the downtown area and local community.”

EJF Capital LLC is headquartered outside of Washington, D.C., and as of March 31, 2020, manages approximately $6.3 billion across a diverse group of alternative asset strategies. EJF focuses on regulatory event-driven investment themes including its strategy to invest in opportunity zones.