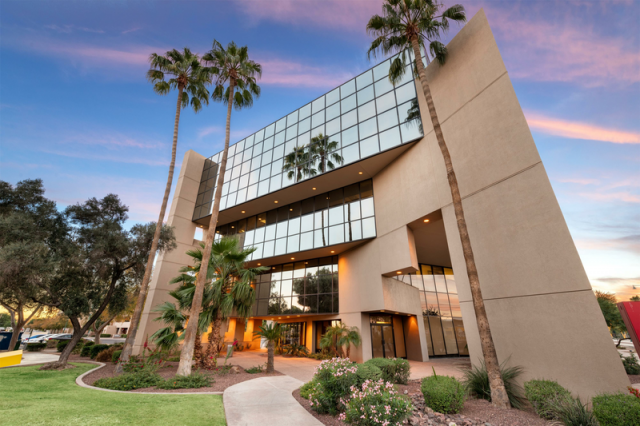 Caliber, a full-service real estate investment company based in Scottsdale, has closed on a 50,000 square-foot building in a Mesa, Arizona opportunity zone.

Located at 305 E. Main St., this is the latest property in the company’s downtown Mesa portfolio that includes nearly 20 percent of buildings on Main Street and encompasses more than 160,000 square feet. Located in a designated opportunity zone, the properties are part of the Caliber Tax Advantaged Opportunity Zone Fund LP.

The 305 E. Main St. building was originally constructed for a bank, and Wells Fargo will continue to operate on the ground floor. Common area renovations are already underway, and Caliber’s planned $3 million of improvements are being offered as part of the releasing program for the office space.

“We’ve long believed in the incredible potential of the City of Mesa and have been activity investing there for several years. The opportunity zone designation and incoming ASU Campus is helping to open up even more possibilities for redevelopment,” said Chris Loeffler, chief executive officer and co-founder of Caliber. “Our focus has been on finding the right tenants that will elevate Main Street as we strive to create great spaces to live, work and play and bring back a vibrance to historic downtown Mesa.”

In 2017, Caliber purchased eight historical buildings – and has since purchased two more properties – in Mesa’s downtown core and said that it “has been working closely with local officials to align its plans with the city’s overall vision for redevelopment.”

Caliber Tax Advantaged Opportunity Zone Fund has raised more than $44.5 million since its launch in the fourth quarter of 2018 and seeks to raise $500 million goal within two years.

Opportunity zones are low-income communities that the government identified as needing economic revitalization through new capital investment. Taxpayers who sell investments that generate capital gains are eligible for tax reductions by reinvesting those gains in an opportunity zone fund.