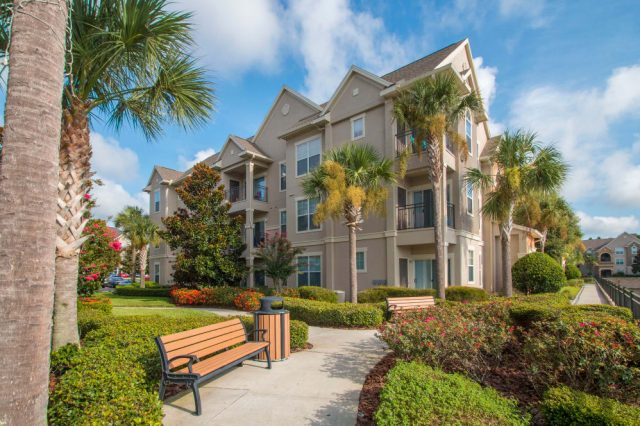 Bluerock Value Exchange, a national sponsor of 1031 exchange offerings, has sold the Landings at Four Corners, a Class A 270-unit apartment community located in the Orlando suburb of Davenport, Florida for approximately $51.3 million. The property was originally acquired by BR Four Corners Orlando DST, a Delaware statutory trust program sponsored by the company.

The full-cycle event included an equity return of approximately $23.8 million on an $16.6 million investment; or a 143 percent return, the company said. This appreciation does not include the payment of 5.5 percent – 7.5 percent of monthly distributions totaling approximately $3.7 million, bringing the total return to 166 percent.

“We acquired the property at a very favorable price point per unit, sustained high occupancy levels which allowed us to significantly grow rents and increase the property’s net operating income by over 26 percent resulting in substantial appreciation for our investors,” said Josh Hoffman, president of Bluerock Value Exchange. “The result was generating opportunistic high teens levels of annualized returns for our investors in a core stabilized asset in three and a half short years.”

The company noted that it was able to pay “enhanced cash distributions from the original projections in each year as a result of receiving payments of supplemental rent under the master lease.”

The sale marks the third full-cycle DST property disposition by Bluerock Value Exchange in 2019. The company said that it has sold three properties for total net proceeds of $124 million, as compared to total investor purchase price of $87.5 million, resulting in net gain to investors of approximately $48 million (after deducting sale expenses and full repayment of debt of approximately $36.5 million and inclusive of monthly distributions).

Built in 2009, the Landings at Four Corners is located near several of the region’s employment centers, including Walt Disney World, the nation’s largest single site employer, various cultural attractions and recreational amenities.

Bluerock Value Exchange focuses on Class A assets and has structured 1031 exchanges on nearly $1.4 billion in total property value and approximately 8.6 million square feet of property.