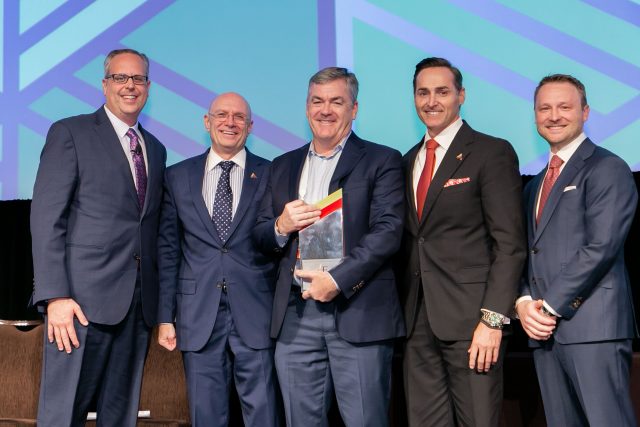 ADISA, a trade association that represents the alternative and direct investment space, announced the 2019 winners of its A Champion of Excellence (ACE), Distinguished Service and President’s awards. The awards were presented at the organization’s 2019 Annual Conference & Trade Show in Las Vegas.

This year, the ACE Award, the highest honor bestowed on a member by ADISA, was presented to John Grady, a partner with Practus. The award is given to an individual or organization that has reached a pinnacle in their career and has brought credit to themselves and ADISA through distinguished accomplishments.

This year’s Distinguished Service Award was presented to Rajeev Kotyan, principal at Innovative Advisory Group, and Thomas Rosenfield, president of HillStaffer. The award is presented to individuals and companies who have provided exceptional service to ADISA, the alternative investments industry and the overall community.

The President’s Award was presented to Vali Nasr, chief executive officer of Claraphi. This award is given to an individual or organization that has made outstanding contributions in their chosen field, by service in local, state or national affairs, or in support of the advancement and continued excellence of ADISA.

ADISA bills itself as the nation’s largest trade association representing the non‐traded alternative investment space. The association was founded in 2003 and has approximately 5,000 members.